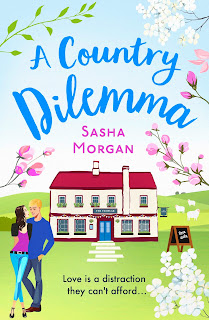 Sasha lives in a rural, coastal village in Lancashire with her husband and Labrador dog. She has always written stories from a very young age and finds her fictional world so much more exciting than the real one.

For Christie Newbury, moving to the Cotswolds as the new owner of The Templar, a quaint countryside inn, was supposed to be a dream come true. But then her husband drops a bombshell that turns her life upside down.
Architect Daniel James has just one month to find the perfect home. When his search takes him to the village of Treweham, his instant attraction to the Templar's beautiful – and newly single – owner is a distraction he can't afford.
Christie needs an expert's eye. Daniel needs a place to stay. It's only a business deal – but it has never been more tempting to mix business with pleasure...
Welcome back to Treweham, a village of scandal and secrets.
Perfect for fans of Holly Martin and Debbie Johnson.

The moment Christie’s eyes met Stephen Newbury’s, the attraction was instant. Across a hectic, rowdy pub packed to the rafters with rugby players and hen parties, they homed in on each other like radars. When their gazes locked, time stood still. Stephen’s pint glass hovered mid-drink, whilst Christie halted, her conversation abruptly stopped. An urge between the two pulled like a magnetic force, bringing them together in the thick of the crowds.
‘I’m Stephen,’ this huge chap with broad shoulders and an infectious smile said. He held out his hand. Christie shook it and noticed the firm, confident shake.
‘I’m Christie.’ She grinned back. They could hardly hear for the noise amongst the drinkers.
‘Christie, let’s go someplace else.’ It was more of a direction than a request. He seemed desperate to get to know the girl with dark, corkscrew curls and pale blue eyes he hadn’t seen before. Christie was only too happy to follow him, admiring the way his tight black T-shirt emphasised his muscular arms and his legs bulged out of faded jeans. He had blond hair cut in a short, snappy style. She suspected he was one of the rugby players, judging by his physique, so he must be a local. Whereas she was partying with her girlfriends on a hen do. Chester seemed the ideal place to celebrate, given its culture and nightlife. The fact it was brimming with hunky rugby players was a big plus too. The girls had giggled about that whilst making arrangements.
Stephen chose a small bistro tucked away down a tiny alleyway named Benedict’s after the owner. It was cosy, intimate and proved the ideal spot for Christie and Stephen to fall in love. Which is precisely what they did. They talked about just everything, from their childhood and teenage years, where they came from, families, friends, careers, to lifetime ambitions. Christie’s had always been the same: to own her own hotel. Being in the accommodation business, she had grown from being a chambermaid to the assistant manager of a very prestigious country inn in the heart of the Lake District. It was hard work, but it paid off when seeing visitor after visitor return with smiles and compliments, not to mention generous tips.
One day, thought Christie, one day I’ll own my own place. Often she would dream of exactly how it would be: rustic charm meets country sophistication that the more discerning traveller would flock to. That had been her ultimate wish, and it had almost come true, almost. Stephen had soon latched on to Christie’s aspiration and he too could see the fascination of owning his own fabulous hotel and rather liked the idea of being his own boss, instead of working for the tyrant at the estate agents. He too was assistant manager, not that it stood for much under Burns’ regime. Bill Burns was a ruthless, sexist pig who made the small team of Abbott and Reedley’s miserable. From touching up the young girls in the tea room, to refusing annual leave whilst he took himself off golfing made him the most unpopular manager ever. Stephen couldn’t wait to leave, but he appreciated, as did Christie, timing was crucial.

Code Name: Lise. The True Story of the Woman Who Became WWII's Most Highly Decorated Spy by Larry Loftis
My rating: 5 of 5 stars

View all my reviews
Posted by Cheekypee reads and reviews at 08:04 No comments:

Review: Under His Rule

Under His Rule by Clarissa Wild
My rating: 5 of 5 stars

Wow what an amazing story. I’ve been reading this authors books for about six years. Each book I read I’m more in awe than before.

Under His Rule was an epic read. I stayed up until the early hours as there was no way I was putting it down. Reading the blurb after reading the story I realise the author hasn’t given us much of the storyline so either am I. I’m not going to say anything about what happens.

Noah and Natalie tells us the story in two points of view. Their story is twisted, dark and that ending has me begging for more.

View all my reviews
Posted by Cheekypee reads and reviews at 04:09 No comments:

Review: From Venice with Love

From Venice with Love by Rosanna Ley
My rating: 5 of 5 stars

This is my first but certainly not my last read by this author. This would be an ideal holiday read. I read this in a day as I didn’t want to put it down.

Joanna returns home to her sister Harriet and her mum. She discovers some love letters in the loft written by someone called Emmy. This takes her on an adventure she didn’t expect.

From Venice with Love is a heartwarming story about a family that I really enjoyed.

View all my reviews
Posted by Cheekypee reads and reviews at 11:54 No comments:

Review: All The Letters I’ve Ever Read

All The Letters I’ve Ever Read by Ace Gray
My rating: 5 of 5 stars

Make sure you read book one All The Letters I’ll Never Send as this is the second part to this duet. Ace broke my heart during this story but I had a feeling she would. We now get James point of view. I’m not going to go into the storyline in my review a I don’t want to spill any spoilers. This is an amazing story that I highly recommend. I was hooked from start to finish. The author has her own uniqueness that has me craving more.

View all my reviews
Posted by Cheekypee reads and reviews at 08:27 No comments:

Bound by Eva Charles
My rating: 5 of 5 stars

This is book three in The Devils Due series. I absolutely loved the previous two books and this is another great addition to the series. It can be read as a standalone but as the previous books was so good I do recommend you read them. The characters in this story are amazing. I was delighted that this was a big read as I didn’t want it to end. I found this to be a slow burn kinda read but I absolutely loved it. Can’t wait to read more ;)

View all my reviews
Posted by Cheekypee reads and reviews at 08:03 No comments:

Slow Dancing by Stylo Fantome
My rating: 5 of 5 stars

It’s been a while since I read a book by this author so I was super excited to read another. I certainly wasn’t disappointed. Logan and Woods gave us an amazing story. Angsty, heartbreaking and off the chart sexy. This author sure knows how to write them hot and sexy scenes. Such a well written story with so many feels

View all my reviews
Posted by Cheekypee reads and reviews at 07:29 No comments: 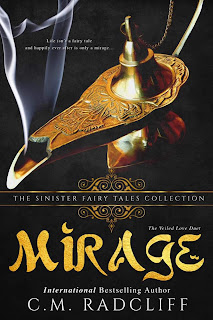 ⭑☆⭑ Blurb ⭑☆⭑
Painted in gold, Jaslyn was born into a life of luxury with the world at her feet.
After the death of her father, his empire became hers and the princess became a queen. Painted in gold, Jaslyn was born into a life of luxury with the world at her feet.
Her fortune was sought after and deception and deceit had a ring around her finger.
But with the ring, came the accessories that money can’t buy.
At the hands of the new king, the empire began to crumble as Jaslyn’s world spiraled out of control.
Through the bars of her prison, she watched life pass her by.
Hope was fading quickly… until she met him.
Axel was the glimmer that she needed to survive.
From the wrong side of the tracks, Axel’s life was never easy.
He worked his way through the blood and sweat and went from rags to riches.
When you’re on top of the world, one mistake is all it takes to lose it all. And getting back up is always harder than the fall.
Getting his life back came with an offer he couldn’t refuse and he would pay the cost.
Jaslyn wasn’t part of the deal, but she was a temptation that he couldn’t escape.
She was his endgame and he would fight to the death to get to that finish line.
Together, they roll the dice and risk it all for love.
But when you gamble in the game of life or death, you pay a price.
And sometimes, that price could cost you everything.

Have you read any of the other books in the Sinister Fairy Tales collection. If not why not?? They are all so good and this is another brilliant addition to the collection. I couldn’t read this fast enough. Brilliantly written dark read. Can’t wait to read book two...yikes we get more. After that ending I hope we don’t have to wait too long.

This is the authors retake on Aladdin. It’s a superb read.

Hosted by Enticing Journey Book Promotions
Posted by Cheekypee reads and reviews at 05:29 No comments:

Unicorn Muddle by Hannah Shaw
My rating: 5 of 5 stars

Unipiggle The Unicorn Pig. Just the name had me smiling. My grandmother collected ornament pigs so anything pig has me interested. Add unicorn to it and I’m jumping right in. We also get introduced to Princess Pea, the muddy princess. This story is ideal for ages 6-8. My six year old granddaughter absolutely loved this book. The illustrations are amazing. Bright, vibrant and it just grabs your attention straight away. The storyline is super good which we absolutely loved. One of the best kids stories I’ve read in a while.

View all my reviews
Posted by Cheekypee reads and reviews at 13:05 No comments:

End Game by Anna Smith
My rating: 5 of 5 stars

I read Fight Back by this author so I was looking forward to reading End Game. I wasn’t disappointed as it was a great read.

Kerry is trying hard to build up her business. However Danny asks her to help one of her dads friends. She gets more than she bargains for when she agrees.

I do love a well written gangland thriller. This was fast paced with great characters. Am loving this series.

View all my reviews
Posted by Cheekypee reads and reviews at 12:40 No comments: