★★ RELEASE BLITZ ★★
#NewRelease #DarkRomance #MichCongdon #BEP
Revenge is Sweeter by Michelle Congdon Release Blitz @mishcongdon
Genre: Dark Romance
Release Date: July 2015
Hosted by: Book Enthusiast Promotions (http://bookenthusiastpromotions.com @BookEnthuPromo )
#BuyNow
Amazon US:  http://amzn.to/1KzjKnE
Amazon UK: http://amzn.to/1h5Uwkc
Amazon AU:http://bit.ly/1I2xUd4
B&N:  http://bit.ly/1IhyKj3
Kobo:  http://bit.ly/1g8w69t
Smashwords:  http://bit.ly/1CTj8qa
iTunes: http://apple.co/1IpGk1C
Other books in the Black Heart Series:
Sweet Fury (Black Heart #1)
Amazon US: http://amzn.to/1dfnjAp
Amazon UK: http://amzn.to/1dN60HS
Amazon CA: http://amzn.to/1AOxbfl
B&N: http://bit.ly/1RKpyLj
Kobo: http://bit.ly/1SWXLca
Smashwords: http://bit.ly/1KNw03i
iTunes: http://apple.co/1AL6HvK
Sweetly Broken (Black Heart #2)
Amazon US: http://amzn.to/1M5TpKy
Amazon UK: http://amzn.to/1FuYc4i
Amazon CA: http://amzn.to/1Iit8Ll
B&N: http://bit.ly/1HL3etS
Kobo: http://bit.ly/1GlhQp5
Smashwords: http://bit.ly/1FuTDWD
iTunes: http://apple.co/1JmjJCx
Add the book to Goodreads ➜ http://bit.ly/1SWXVQP
#Synopsis:
I was trained to be become an ultimate killing machine. But unlike machines, I have no off switch.
I want revenge and I’m thirsty for blood.
I will hunt down Ryuu and his organization of assassins one by one in order to quench the thirst. Starting with the man I despise the most: Caleb Spencer.
Caleb will suffer and die, by my hand, a slow and tortuous death.
But first, I need to find a way to escape from enemy territory and the many guns pointed at my head.
#MeettheAuthor
Michelle Congdon resides in Sydney, Australia. She enjoys reading books of all sorts of genres, watching way too many movies and TV shows (and Disney cartoons), singing out aloud to her favourite tunes, and going on adventures involving food and travel. Michelle is loud, talks a lot and shares an ever-growing list of book husbands with a friend. She has an overactive imagination, and has tried to put it to good use by sharing stories with anyone willing to listen.
#SocialLinks
http://michellecongdon.com
http://facebook.com/missMichelleCongdon
http://twitter.com/MishCongdon
https://www.pinterest.com/mishcongdon/
https://instagram.com/meeshellmybell7/
https://www.goodreads.com/MichelleCongdon
#Excerpt
Prologue:
I knew it was a bad idea from the beginning, an idea that would most likely lead to our deaths, but I went along with it. Because why? Because Grady Tanner of course. I have met nobody else like him before. I’ve never cared for anyone else but him before. These stupid things that normal humans call feelings have transformed me from the merciless killing monster I once was to somebody I almost don’t recognize. No matter how much I despise the idea, I’m unable to stop the way Grady makes me feel, and because of that, we are now currently being held at gun point by my father’s biggest rival and worst enemy, and the man whose son I murdered in cold blood. Mikhail Sokolov. 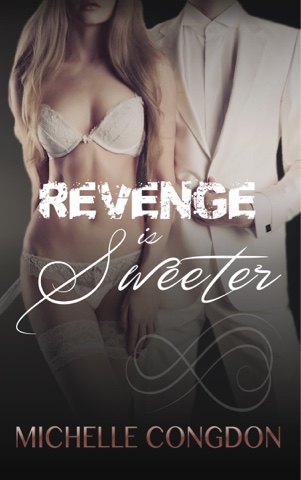 Posted by Cheekypee reads and reviews at 05:31