✰✰BOOK BLITZ ✰✰
Happiness in Jersey (The Prototype Series) by Jacinta Howard  @jacintahoward @bookenthupromo
Genre: New Adult Romance
Release Date: August 29, 2015
Hosted by: Book Enthusiast Promotions (http://bookenthusiastpromotions.com )
#BuyNow
Amazon US:http://amzn.to/1k3zuUG
Amazon UK:http://amzn.to/1k3Bqg9
#Giveaway:
Enter here ➜ ➜ http://bit.ly/1Nf7IOK
Add the book to Goodreads ➜ http://bit.ly/1G8x7dx
#Synopsis:
The only thing in Jersey Kinkaid’s world that she has time for are keeping her grades up so that she doesn’t lose her scholarship to South Texas University, playing the bass in her band, The Prototype, and satisfying her coffee addiction. Oh, and the occasional random hook-up she indulges in to pass the time.
Love? Eh, not so much. Save that crap for a Katherine Heigl or Natalie Portman movie.
Jersey’s seen enough in life (courtesy of her Pops) to realize that undying romance is nothing more than a myth used to sell books and movie tickets. As she knows too well, the only thing inevitable in life is death— love is definitely not promised.
That’s why when Jersey meets Isaiah “Zay” Broussard with his soulful gray eyes, quick wit and easy charm, she’s determined to remain aloof. She doesn't have time to get sidetracked by fleeting fantasies, even if she does feel an unexplainable connection to Zay she’s never experienced before.
But when his interest in her only seems to intensify, despite her attempts to brush him off, she gets to see a side of him and herself she didn’t expect…
#MeettheAuthor
Jacinta Howard is the author of new adult and contemporary romance with a real-life edge. Since 2014, she's released three novels, including the well-received Love Always Series which includes the titles Better Than Okay, More Than Always and Less Than Forever. She also released the USA TODAY Must-Read Romance, Happiness in Jersey.
#SocialLinks
Website:http://jacintahoward.net/
Facebook:https://www.facebook.com/pages/Jacinta-Howard/476151635851302?ref=hl
Twitter:https://twitter.com/jacintahoward
Goodreads:https://www.goodreads.com/author/show/8194581.Jacinta_Howard
Google +:http://bookenthusiastpromotions.com/wp-content/uploads/2015/01/Google.jpg
#Praise
"Happiness In Jersey by Jacinta Howard is a hip, emotional story that belongs on the shelves with other popular New Adult romances. Thanks to Jacinta Howard's skill in making Jersey and the rest of the cast colorful and solid, the story is full of flavor, while offering a mix of life lessons to ponder long after reading."
--USA TODAY
#Excerpt
“So those are the only relationships you’ve had? Purely platonic or purely sexual?”
“Yeah.”
“And having purely sexual relationships… it’s worked for you? You’ve never wanted more?” He glanced at me, arching his brow.
“No,” I answered immediately, truthfully. “I’ve never really been with anyone that I actually wanted in that way. And that obviously works for most guys. It’s not like they’re interested in exploring the depths of my soul or anything. And the few that pretend they are, I just cut them off because I don’t have time for bullshit and I know they’ll lose interest as soon as the next pretty or sexy or whatever girl comes along.”
His eyes remained on the road, his expression still stoic.
“Sex is just… a release,” I said with finality.
He shook his head slowly and looked over at me.
“Nah, Kitten. I don’t think that’s true. At all.”
I rolled my eyes. “So you’ve been in love before, I take it?”
He was watching the road again. “Yeah.”
“More than once?”
“Just once,” he said, glancing at me.
It wasn’t my style to ask what she was like and her name and all of that. I never cared enough to go on trips down memory lane with guys. I also never cared enough to get a knot in my chest at the mention of a girlfriend, or former love either, like the one that had quickly formed just now.
“And I take it you had earth-shattering, soul piercing sex with her?” I observed, more than asked, unable to keep the sarcasm out of my tone. I’d been looking out of the window when I asked the question and I glanced at him. He shook his head, grinning at me slightly.
“I’ve had meaningful sex, yeah.” He looked back toward the road. “I’ve also had meaningless sex. So I know the difference. I know which one is infinitely better.”
I stared at him, anger rising in my chest.
“You trying to lecture me?” I asked coolly.
He glanced at me and shook his head. “I’m not in the position to lecture anyone, Jersey,” he said with a humorless chuckle, “trust me.”
He turned his attention to the road again. “I’m just saying that you should open yourself up to the idea that sex can mean more than just lust or a quick release with the right person. It can be a physical extension of the love you have for that person. And that can definitely be incredible.”
His voice had dropped an octave as he looked at me and I shifted in my seat. He finally released my gaze and concentrated on the road.
“Every relationship isn’t bad, Kitten. Every relationship has things you have to work on and deal with—that’s just life. But with the right person, all of that is worth it.”
He paused, his eyes still fixed on the highway, his expression serious. “Tomorrow isn’t promised to any of us. Relationships with other people are what makes life, life. The in between stuff? That’s really the best part.”
He glanced at me again and I released a breath. I still didn’t believe him, but he seemed to believe what he was saying, which I respected.
I reached forward and turned on the radio. We were in the middle of Texas, so of course, the stations were mostly country. The Civil Wars’ “Poison and Wine” came leaking through the speakers, filling the car with its haunting but serene melody. I was surprised when Zay started absently singing the words, although I don’t know why. I joined him on the chorus and he looked over at me, giving me another one of his slow grins.
I smiled and looked out of the window, letting the wind caress my fingertips as I closed my eyes, his earlier words swirling in my mind. 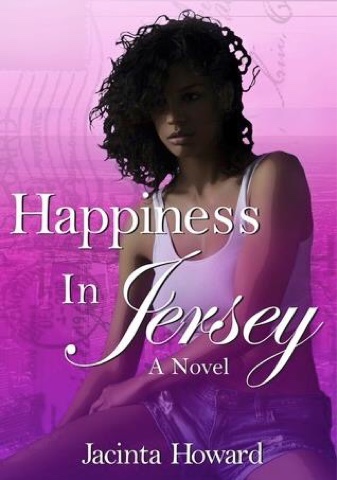 Posted by Cheekypee reads and reviews at 01:45