And So She Waited - blog tour

BLOG TOUR
Synopsis
This is not a story about love, but a story about how love can consume you. Heart, body, and soul. A story of loving someone so much that the love you feel harms you.
Have you ever loved someone so much, that before you realized it, they owned half of your soul?
Raven Sinclair’s first love had always been ballet until she met Remy Peters. She fell hard and she fell fast and never looked back. He was everything she always believed she wanted but he had other plans.
Remy Peters didn’t believe in love and he wasn’t looking for it. He just wanted to have a good time in between classes and swim team. He’s been seeing Raven for over a year and a half and he’s not sure how it’s lasted this long. It’s not like he’s made any commitments but when he stumbles on the prettiest girl he’s ever seen, he knows it’s time to let Raven go.
Matthew Masterson has loved Raven since he first saw her in ballet class when they were five. They have been best friends ever since and he’s not content to stay there. He sees Remy for who he really is and wastes no time in telling Raven every chance he gets but is Raven his happy ever after or does fate have other plans?
Love, lies, and obsession…three lives bound by twisted desires for what they can’t have.

**Mature audiences only 18+…contains darker elements and no HEAs**

Once Remy had arrived, he hopped out of the car and locked it up. As he walked towards class, he heard his name being called up ahead. It was that new Photography student, what was her name? Oh yeah… Stacey Nickels. She was sexy, with a capital S. He had been wooing her for a few weeks now and was getting close to sampling her. She had long brown hair with black streaks that fell down to her waist, and chocolate brown eyes that made her look innocent. And those lips! God, they were the lushest pink lips he had ever seen. She was just too damn cute. She smiled when they grew closer.

"So you decide on letting me take you out yet?" Remy asked.

Stacey tossed her hair behind her shoulder with a flip of her hand before she answered him.

"I've heard you're nothing but trouble," she said with a twinkle in her eye and smile on her lips.

"If you're lucky, I might let you take me out this weekend."

"I'm always lucky. Pick you up at eight, Friday night. Text me your address."

"Awesome. See you around pretty girl."

Remy watched Stacey as she walked to her class. He couldn't wait until Friday night.

Dammit, it was Raven again. He really needed to talk to her before the day was over. He checked his phone to see what she wanted this time.

Meet me for lunch. I'll buy.

Perfect, he could talk to her then.

How about the Starbucks next to campus…noon?

What the fuck? Love? Is she insane? Remy really needed to have a talk with her. She couldn't be falling in love with him. He wasn't anywhere near having those feelings for her. This situation was a mess and now he had to stop it before it got worse. If he wasn't careful she would have the "Where is our relationship going" talk with him. He had to nip this shit in the bud. This shit was going to be fixed, once and for all.

1. I can re read a book and still cry on the sad parts

2. I ran track in Middle and High School

4. I've written one song and I wrote it into And So She Waited because it was perfect for it

5. I'm slightly OCD and at one point I had 200+ movies and they were in ABC order and I would freak out when my friends switched the cases

6. I almost fainted when I met Kresley Cole

7. My all time favorite vampire book is Queen of the Damned by Anne Rice

8. I'll never run again because of my knees

10. My first major was Accounting and I dropped it after a semester even though I'm very good with numbers

Shakuita Johnson is a 29-year-old Psychology major. When she isn't going to school or working, she is doing what she loves most. Writing. She started writing in middle school. Starting with poetry. Then short stories in a creative writing course her senior year. Her love for paranormal and supernatural started with R.L. Stine Goosebumps books and TV shows, Anne Rice Vampire Chronicles, and Christopher Pike books. She is an avid reader with over 100 books on her bookshelf and 1000 plus on her iPad. Visit her online and read her poems and one attempt at songwriting on her blog at http://www.dark-indiscretions.com.

You can also find her atwww.facebook.com/shakuitajohnson. 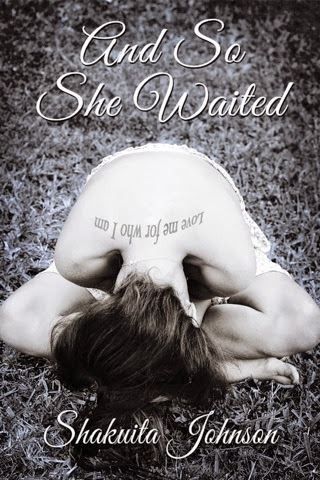 Posted by Cheekypee reads and reviews at 11:53