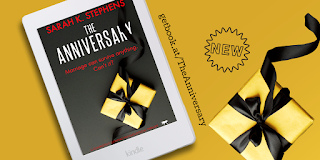 Until death do they part…

Mary and Jackson are spending their one-year wedding anniversary in a remote luxury cabin. They married after a whirlwind romance and soon after the wedding Jackson left for a nine-month work placement halfway across the globe.
Now that Jackson’s back, Mary is determined to make her marriage a success. The trip has a promising start but just as Mary considers telling Jackson her family’s dark secret, everything begins to unravel.
When a hike results in Mary almost falling to her death, suspicions she has begin to surface. Without reliable phone signal, Mary realizes she is totally isolated with a man she barely knows.
As Jackson’s behavior changes, Mary’s own mental state deteriorates under the pressure.
Can Mary save herself before her husband loves her to death?

This is my first but definitely not my last read by this author. After a whirlwind romance and a marriage shortly afterwards Mary and Jackson is finally going on honeymoon. A time to really get to know each other. However do they really know each other? Can they trust one another ? Are they really alone in the woods?

I was fully gripped with this story. Although I found it slow to start with I’m so glad I stuck with it as I couldn’t possibly predict how this was gonna play out.

A great read.
Posted by Cheekypee reads and reviews at 02:32