AROUND THE BEND - new release

Around the Bend Synopsis:

If you were to pass me on the street, you probably wouldn’t even look twice. I’m that normal. I’m just like you, only wealthier. I have it all. The kids, the family, the dog, a house on the hill. Hell—I’m so cliché, I even have a white picket fence. I guess you could say that I’ve dotted my I’s and crossed my T’s. But what I also have—what no one sees in yoga, or at Nieman Marcus, or during the dreadful Ladies Who Lunch charity events I attend (because only God knows why), and perhaps most importantly, in the school pick up line—are secrets.

We all keep secrets, don’t we? We all have thoughts in our heads, things we do, things about us that if people knew, they’d be shocked…right? Well, what if one day we just decided to let the cat out of the bag, so to speak.

What if we decided to let the whole world in on our dirty little secrets? And what if along the way, as we were spilling those secrets, we realized that things aren’t always what they seem and with that knowledge, it changed the whole story?

In this book, I’m laying it all out there. The unraveling of my life. My coming undone. What one might’ve seen had they been paying attention.

What I’ve found in life is people often believe lies before they’ll believe the truth. Well, here it is, in a nutshell. I’ll let you decide which is which.

For those of you who prefer it straight up, no chaser: Mama to five. Writer. Juggler Extraordinaire. That just about covers it…

The extended version and in third person no less ;): Britney is married to a man she adores (when he isn’t driving her crazy) and is the mother of FIVE pretty amazing kids, who (surprise!) also have a habit of driving her crazy. Her best guess is that it’s genetic. She is the author of three novels, Bedrock, Breaking Bedrock, and Somewhere With You, with plans to release fourth and fifith in 2014. In addition, she founded a local network for women in 2012, which has grown to almost 1200 members. Currently, she occupies a job she enjoys–serving and running Austin Women’s Network. To further prove that she may in fact be certifiably insane, she decided to pursue her dreams and published her debut novel in May of 2013. Then and only then, could she consider her training to be an expert (life) juggler complete.

In her free time, you might find Britney running, reading, or spending time utilizing the wonderful venues that make her city great. 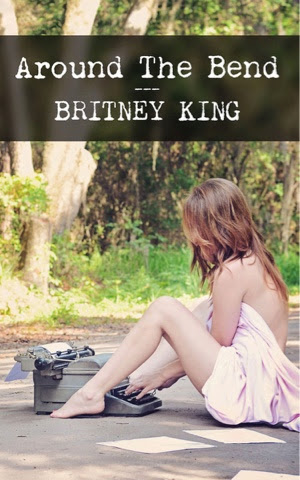 Posted by Cheekypee reads and reviews at 04:41