Also in the series:

Female professional bull rider, Reece Hearst, graduated from the school of hard knocks. With honors. Because life is like bull riding—when it sends you to the dirt, you do whatever it takes to get on your feet, even if you have to crawl. Like when officials stripped her of her rodeo queen title on the basis of vicious gossip years ago and not even her father would believe her side of the story. Reece could have stayed in the dust, wallowing. Instead, she fixed Lonesome Point in her rearview, joined the pro circuit, and never looked back. But now a serious injury threatens to end her career and she’s back in Lonesome Point, living next door to the family that once made her life a living hell.

After multiple tours of duty in Afghanistan and his father’s death, all Grayson Parker wants is to get his family’s cattle business back in the black and live a quiet life. But the return of Reece Hearst opens old wounds, throwing his ordered world into chaos. Grayson was serving overseas when Reece was a teenager and can’t believe the girl he once knew has grown into a heartbreaker as hardened as she is beautiful.

Grayson finds a kindred spirit in wounded Reece and soon longs to be the man to show her that there is life after pain and loss. But can two people as damaged as Reece and Grayson find their way to happily ever after? Or will the scars on their hearts forever keep them apart?

New York Times and USA Today bestselling author, Jessie Evans, gave up a career as an international woman of mystery to write the sexy, contemporary romances she loves to read.

She's married to the man of her dreams, and together they're raising a few adorable, mischievous children in a cottage in the jungle. She grew up in rural Arkansas, spending summers running wild, being chewed by chiggers, and now appreciates her home in a chigger-free part of the world even more.

When she's not writing, Jessie enjoys playing her dulcimer (badly), sewing the worlds ugliest quilts to give to her friends, going for bike rides with her house full of boys, and drifting in and out on the waves, feeling thankful for sun, surf, and lovely people to share them with.

EXCERPT FROM GLITTER AND GRIT:

Reece was anticipating being told to buy her own damned beer, but after a long, silent beat, Broody turned to the bartender and lifted a hand.

“Whatever the lady wants,” he rumbled in a gravelly voice that made Reece’s skin prickle. “Add it to my tab.”

“I’ll have a Blue Moon, extra orange slice.” Reece smiled at the bartender as she slid onto the stool next to her tortured cowboy. “Thanks for the drink. You been here long?”

“About an hour,” the man replied, moving his hat to his other side and resuming his moody glaring into the amber liquid inside his pint glass. “I’m heading out soon.”

“I meant in Lonesome Point, not the bar,” Reece said. “You look like you’ve been around long enough to get sick of the small town bullshit.”

He stretched his neck from one side to the other but kept his attention fixed on the bar. “Small town, big city…bullshit’s all the same.”

Reece nodded, mulling that over while she thanked the bartender and squeezed her two orange slices into her beer. “I guess so, but there are more places to get away from it in the city. More places where nobody knows your name.”

“I don’t know your name.” Broody’s attention shifted her way as she took a long drink of the ice-cold beer.

She moaned softly in appreciation as the cold bubbles dulled the edges of her headache. She knew it was probably just the pain pill kicking in, but there was still something magical about an ice-cold beer.

“No, you don’t.” She grinned up at him as she wiped the foam from her upper lip with a sensuous sweep of her thumb, not missing the way the man’s eyes lingered on her mouth. “And why don’t we keep it that way? I won’t tell you my name and you won’t tell me yours. We can be each other’s place where nobody knows our name.”

Mr. Tortured nodded and the hint of a smile curved his full lips. “Sounds like a plan, Shortstack.”

Reece arched one brow. “Because I’m short and stacked?”

Adorably, the man blushed in response. “It was the first short person nickname that came to mind. Haven’t taken a good look at the other.”

“Well, go ahead,” Reece said, holding his gaze, relishing the tension beginning to thicken the air between them. “I don’t mind.”

After a moment, the man leaned closer, but his eyes didn’t waver from hers. “I don’t treat women that way.”

“Then how do you treat women?” Reece asked, shifting until her leg brushed his. “I’m curious.”

“Curiosity can be dangerous,” he said in a husky voice that made Reece’s nipples tighten and her next sip of beer go straight to her head. “What if I’m not a nice guy?”

“What if I’m not a nice girl?” Reece countered, setting her beer down and bringing her hand to rest on his thigh, relishing the rock hard muscles beneath the denim.

Oh yeah, this man definitely had what she was looking for, and then some. 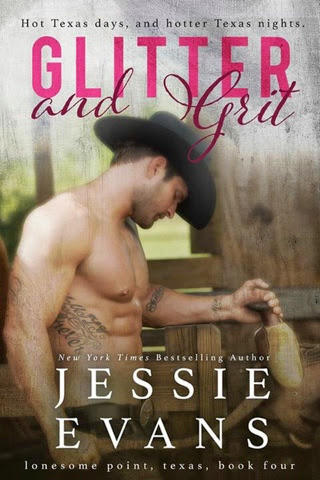 Posted by Cheekypee reads and reviews at 01:56