Before Ryan Was Mine - new release

The highly anticipated pre-quel to The Remembrance Trilogy is NOW AVAILABLE!

When Ryan Matthews meets Julia Abbott for the first time at Stanford University, he immediately knows she will change his life.  They have an instant, unbreakable connection that goes beyond partying and palpable attraction.  Although his intelligence and good looks land him any girl he wants, Ryan hesitates to cross that line with Julia because she quickly becomes the best friend he’s ever had.

Both secretly in love, Ryan and Julia are terrified to take the chance that could mean the loss of the very person they don’t want to lose.  As the bond between them grows stronger, they are both miserable as they are forced to watch as they each date other people.  But will Ryan’s all-consuming jealousy and Julia’s deeply broken heart torment them enough to make one or both walk away?

Join Ryan and Julia on the beginning of the journey that has made Kahlen Aymes’ Remembrance Trilogy an international bestselling favorite among her readers.  This book was written after The Trilogy was finished due to an abundance of reader requests for more of Ryan and Julia’s story.

The biggest moment of my life found me unexpectedly.  It crept up softly, and settled around me like a fuzzy blanket.  A mere whisper; it hit me like a sledgehammer.  At the time, I knew it was significant, but I didn’t realize just how those few seconds would change absolutely everything: how one brief glance could leave such an indelible stamp on the remainder of my life.  It would become a contradiction; an unstoppable force that would send me reeling out of my control, churning and shredding my emotions, but create the most incredible contentment I’d ever feel.  Contentment that could wrap me up in a warm, safe place or devastate me to the core and leave my heart in shambles.  It would become years of want and pain, lust and love… It would hurt like the deepest hell, but become the most euphoric and precious ecstasy I’d ever know.  I’d never forget that day, that moment; that glance.

It would wreck me.  It would make me.

Haven’t read this series yet?  Now is your chance, Grab the box set!

I'm a single mother of one daughter, Olivia. She's amazing in every way.

I was born in the Midwestern United States and educated at a private university where I received a Bachelor's degree in Marketing and Business Administration.

I've always been creative with art, music, theater and writing. I decided to write a story as a way to build a network for a business venture. The reader support of my stories and my overwhelming desire to find out where my characters would take me, soon had the writing morphing the business. No one was more shocked than I. When readers began nominating my work for online awards, it took my breath away and only made me love it more. It soon became clear that writing was, and should be, my focus. 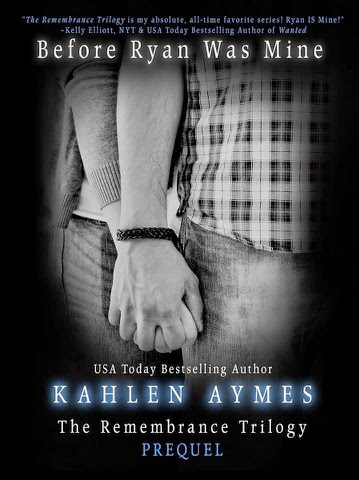 Posted by Cheekypee reads and reviews at 03:35