COVER REVEAL
Junkie and Jagger are Heather C. Leigh’s latest creation.  The Broken Doll Series is a dark romance duet about a heroin addict who falls in love with the drug lord holding her captive and drops on September 13th!
Pre-order this highly anticipated release TODAY!
Junkie (Book One)
Amazon US:  http://amzn.to/2bI47Mm
Amazon UK: http://amzn.to/2bgZfye
Jagger (Book Two) Releases September 27th
Amazon US: http://amzn.to/2bcNfvW
Amazon UK: http://amzn.to/2bKBKy0
BLURB OF JUNKIE
Blurb
I'm a heroin addict. A junkie. A whore. I'll do anything to get my next fix.
Anything.
Including walking right onto the property of Austin's most ruthless and feared drug lord to beg for some H. I don't know his name, only that people call him Boss. Oh, and that he won't think twice to put a bullet in my head.
But like I said, I'll do anything to get my next fix. Even if it costs me my life.
Or changes it forever.
Release Date: September 13th
Add to your TBR here: http://bit.ly/2bF0Lh8
BLURB OF JAGGER
Blurb
I sell drugs. Heroin to be specific. And I'm fucking good at my job. Enough to fight my way to the top position, controlling all of Austin's supply.
So what if I had to kill the previous boss to do it. I do what has to be done. Never cared about consequences because I never had anything to lose.
Until I met Miri. My doll. She's my weakness and somehow, my enemies found out about her.
If they hurt her, they will regret the day they ever heard my name. Boss. They call me Boss for a reason. What I say goes, including the price on the heads of anyone who dares to fuck with what belongs to me.
My Miri.
Release Date:  September 27th
Add to your TBR here: http://bit.ly/2c0ldsb
Meet Heather Leigh
Heather C. Leigh is the author of the Amazon best selling Famous series. She likes to write about the 'dark' side of fame. The part that the public doesn't get to see, how difficult it is to live in a fishbowl and how that affects relationships.
Heather was born and raised in New England and currently lives outside Atlanta, GA with her husband, 2 kids, and French Bulldog, Shelby.
She loves the Red Sox, the Patriots, and anything chocolate (but not white chocolate, everyone knows it's not real chocolate so it doesn't count) and has left explicit instructions in her will to have her ashes snuck into Fenway Park and sneakily sprinkled all over while her family enjoys beer, hot dogs, and a wicked good time.
My favorite authors are Dan Wells, Ken Follett, and Stephen King.
Happy reading!
STALK HER: Website | Facebook | Twitter | Goodreads 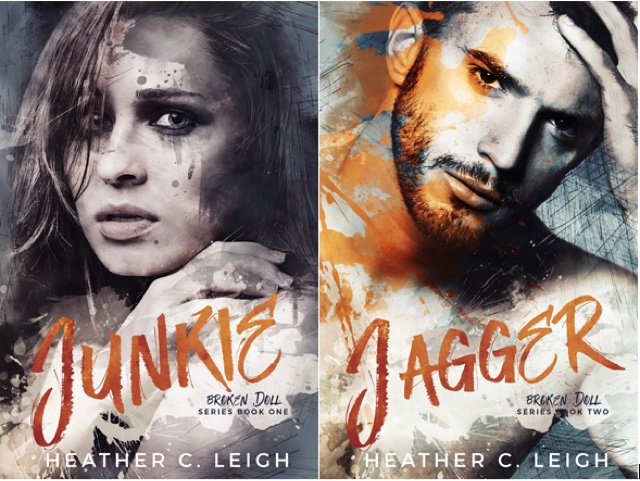 Posted by Cheekypee reads and reviews at 11:40