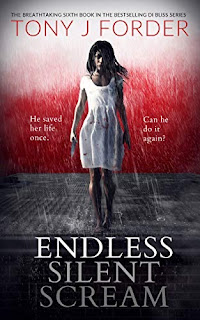 From the author of the bestselling DI Bliss crime series comes another gripping police procedural thriller that will have readers hooked from the stunning first page to the very last.
He saved her once. Can he do it again?
When DI Bliss prevents fifteen-year-old Molly from jumping from a hotel roof, he has no idea their paths will cross again. A county lines mule, Molly is questioned by the drugs squad, but Bliss becomes convinced she is in danger and attempts to have her relocated. A local drug dealer and a London-based enforcer have other ideas.
Meanwhile, the remains of a freelance journalist are discovered alongside an archaeological find, which brings an old flame back into Bliss’s life. It’s only a matter of time before reports emerge linking the murdered journalist with the police, putting pressure on the Major Crimes team to find the killer.
Bliss is torn between the two investigations. Desperate to move Molly to safety before she can be reached by those who want her silenced, he is blinded to other dangers.
The stunning DI Bliss series of fast-paced police thrillers will appeal to fans of authors like Michael Connelly, Joy Ellis, Peter James, Robert Bryndza and Angela Marsons. Tony J Forder is also the bestselling author of Degrees of Darkness, Scream Blue Murder and Cold Winter Sun.

I was so happy to hear that DI Bliss was going to have another story. I’ve read each of his stories and loved them. As it’s the sixth I had high expectations. I had faith in the author to keep the pace going and for Bliss to keep my attention. I needn’t have worried as this was an excellent read.

From start to finish I was glued to the story. Jimmy Bliss is a brilliant character. He’s a great detective and thinks a lot of his team. I loved reading about some characters we met in the previous books.

This is another fantastic read by this author. I’m so hoping we get lots more stories of Bliss. This is a must read that I highly recommend.

Tony J Forder is the author of the bestselling crime thriller series featuring detectives Jimmy Bliss and Penny Chandler. The first four books, Bad to the Bone, The Scent of Guilt, If Fear Wins, and The Reach of Shadows, were joined by The Death of Justice, on 9 September 2019. Book number six, Endless Silent Scream, will be published on 9 March 2020.

Tony lives with his wife in Peterborough, UK, and is now a full-time author. He is currently editing a new novel, and has also started on Bliss #7, Slow Slicing.