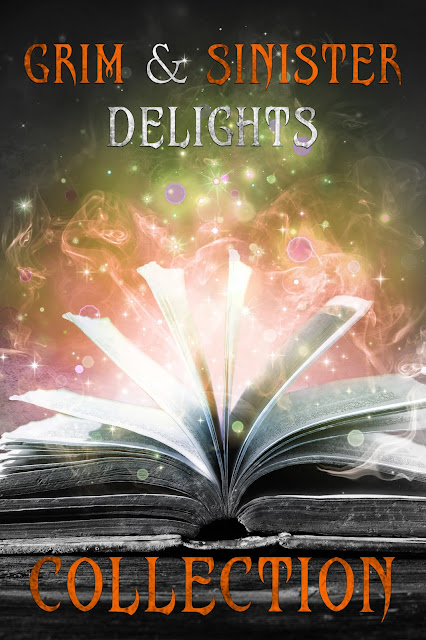 Shane K Morton has given me the privilege of posting this. Magical, dark and kinky collection of stories- sounds fabulous. Read on for more details 🖤

As a gay man, it always annoyed me that there wasn’t a fairy tale for me. Where was the young man who got his prince? Where was the eternal story of a gay Cinderella, Snow White or Little Mermaid that my younger self needed back then? Peter Pan may have had the lost boys, but he also had Wendy. Tarzan swung through the trees and awakened my blossoming urges, but he still fell in love with Jane. The Three Musketeers… Yeah…You get it. Now… we can all get it!

Once Upon A Time… a group of authors banded together and created something magical, dark and kinky. These are not for children!

Imagine Rumpelstiltskin as a story about sexual violence, and enough mobster movie references to require a trigger warning. Snow White (Snoe) is a man with a harem of demon wolves instead of dwarves. What if Rapunzel was a young man trapped in a NYC penthouse held as a sex slave? What if the Elves and the Shoemaker was about a Daddy Dom and two naughty virgin Elves?

Oh! And what about all those classic pieces of literature we all know? Dickens? Yep… We got it! Oliver Twist becomes a story about prostitution where Fagin makes sure Oliver’s clients pay him what he’s worth. And a night with Oliver is worth quite a lot! A Little Princess is turned into a Dark Omegaverse Sci-fi. Beauty and the Beast sees a beautiful man held captive in the forest by a mysterious man with enough dark twists and heat to have you panting by the time they get their HEA.

Fifteen MM authors have come together to bring you dark, kinky versions of the stories you love. The Grim and Sinister Delights Series, will not only twist these tales and novels in a way you never expected, they will leave you panting for more!

Meg Bawden and I were a part of the Criminal Delights Series, last year and wanted to do something similar again. Quite a few of those same authors returned for this series and we added some amazing new ones! If you enjoyed all the crime, obsession and murder- well sit back and be prepared to read a fairy tale as you have never read them before.

The Grim and Sinister Delights is a dark romance series based on classic fairy tales and stories. You'll find standalone tales of gay romance that range in darkness and kinks topics. If you dare to take the challenge, read them all to find yourself lost in a classic story that you think you know, told in a way you have never seen before.

These stories are for adult readers and may contain morally ambiguous themes. The stories are contemporary but keep that fantastical thread that all good fairy tales have!

Sit back, turn down the lights and prepare yourself to enter the dark and delicious world of Grim and Sinister Delights, where ‘ONCE UPON A TIME…’ has a dark and dangerous meaning!

We are offering the first chapters of each book in a collection on ProlificWorks! Go here to download and get a taste of the series!

A Question for some of the Authors! What inspired the way you told the story?

I knew going into writing True Mate's Kiss that I wanted a story of redemption along with dragons. lol. From there, the story just grew on its on. I made one of the main characters a dragon, much like Maleficent's other form. I knew for sure I wanted to make sure the magic of the fairy tale stayed in tact and that's the route I went for.

There’s a line in the original where the Snow Queen tells Kai that she can’t make him too much warmer, or she’ll kiss him to death. That stuck out for me. While I ultimately didn’t go the route of kissing = death, it still inspired the way I wrote the story. I also always wondered why Kai's side of the story was never told, and I wanted to see it from his POV.

I actually have fond memories of reading the original book as a child, as an Army Brat I understood her feelings of trepidation and worry, her need to know the current troop movements in order to try to stay connected, and of trying to turn the latest place she was at into her new home while missing their last duty station. I was very excited about re-telling it for this collection and getting to put my own spin on it.  I immediately asked myself, what if the 'princess' was a prince on an alien world and the school was being ran by con artists? Who would come looking for him, the father's associate yes, but who was he in relation? The idea of it being a a 'finishing school' being ran by the first humans most of these aliens would have met allowed me room to add to the darkness (including some humor).  The father's associate who comes looking for the now missing youth provided a perfect character for the love interest and being older, for a bit of a Daddy/boy vibe. The 'princess' in the original story was a sweet child, but had a spine of steel, never losing hope, helping others despite her own diversity, with a determination to not let herself be beaten down. I kept this, not wanting my 'princeling' to be merely in need of rescue, but the one who rescued their benefactor right back.

The original story of The Goose Girl makes a very big deal about how the princess is utterly humiliated, having to get her own water. I had no sympathy for this character. I decided I would lean on that and have my main character be a spoiled brat who brought a lot of his woes on himself.  There's also an element of magic in the original tale, with small little rhyming verses throughout, and I thought it would be fun to incorporate some of that as well.

The emperor in the original story is proud and ridiculous, and I knew that I didn't want that guy to be my main character. So I started to wonder what other traits would make someone so susceptible to manipulation, and I decided that my main character was cripplingly shy, completely out of his depth, and desperate to believe he had friends who loved him.

I wanted to get a little twisted with the Little Mermaid fairy tale, and my mind immediately went to this plot. If anyone's read the original mermaid fairy tale, you'd know it's not exactly a happy story, so I thought "How do I get more twisted?"

See more about the books and authors on the website- https://www.grimsindelights.com/

Posted by Cheekypee reads and reviews at 09:56