AUTHOR SPOTLIGHT
Perfect For Her (City Lights Series 2)
*** Blurb***
Energetic and motivated Angela Carnes landed her dream job in NYC as an editor for a news show and she loves it. Her career is going much better than her love life. After a breakup with Mr. Wrong, she’s determined to leave the past behind. Angela just didn’t expect the best man at her friend’s wedding to be so damn hot. Dr. Eric Bradley has a body to die for, a dynamite personality and he’s recently partnered with a medical team. What’s not to want?
Eric is determined to have it all. He graduated from medical school at the top of his class, renovated his own home and landed a spot in an established family practice. Now it’s time to get back into the dating world, IF the woman he wants sticks around when she learns about his situation at home.
Angela and Eric discover the spark between them during the wedding preparations. Their attraction is hard to deny, Angela finds herself lost in Eric’s passionate embrace. But after the reception, everything changes. Love blossom and then…wilts. Will she be able to step aside while Eric honors his family obligations or will the lonely nights and broken promises force Angela to leave behind the man
she knows is perfect for her?
***Excerpt***
The books she’d read on relationships preached to be mysterious, not clinging. You never knew what worked. It really was all up to the chemistry and timing. Tonight the connection felt right.
“I’ll check my schedule at the office and be sure to put a weekend aside for a day at the beach.”
“Sounds like fun.” He’d indicated another date. Was it all too good to be true? She didn’t want to blink and wake up if this was a dream.
“There’s nothing like NYC. I’m happy I had a business meeting here today. It was lucky for me you wanted a muffin and a cup of coffee.” He turned to face her and smiled, the dimple in his chin more defined.
She offered a demure grin and shook her head in agreement. “I’m happy for my cravings for sweets.” Angela lifted her shoulders and pouted her lips, realizing it might look like she was teasing. Even though her strong physical attraction to him weakened her knees, she tried to remain poised. Then their eyes met. Eric leaned in and pulled her close. He placed one hand on the side of her face and covered her mouth with his. His after five stubble grazed her chin, and he kissed her with an unforgettable longing that took her by surprise. She parted her lips and quivered from head to toe. His lips were soft and his tongue darted in her mouth without warning. Her panties moistened. The fire in his kiss and the way his strong arms felt wrapped around her back made her lightheaded. She stood on her toes, and under the lights next to Macy’s window, Angela ran her fingers through the back of Eric’s hair and didn’t resist when he pressed his chest up against hers and nuzzled her neck. Meshed together under the spotlight, a flash of heat shot through her body. It seemed as if they were alone in the midst of the busy city streets. A man sprinted past them and bumped into Eric and the spell was broken, but it was a memorable moment that validated how much she wanted him even more. She took a tiny step back, still in a daze.
“You look so beautiful tonight. You’re driving me crazy,” Eric whispered, his voice hoarse and sexy. “Let’s get going, or I’m going to sweep you up and carry you away.” His words sounded like something out of a fairy tale.
“I might like that.” She gave a tiny grin.
“Oh, you would? Come here.” He grabbed her around her waist and brought her into him. They headed toward the parking lot.
“I’ll have to make a point to thank Rob and Savannah when they get back.”
“What for?”
“For bringing us together. If they hadn’t added me to the guest list, I would’ve never met you,” he admitted.
“Aww. Thanks!” Angela shared the same emotions. “I guess you have a good point there. What were the chances of an editor at a news and celebrity show hooking up with a doctor starting his career in medicine? Definitely unexpected.”
“Is that a good thing?”
“It’s a wonderful thing. Not that I’ve dated jerks or losers.” She giggled. “I meet mostly men in the business or in an associated field, working at a television station.”
“You don’t get out much, do you?” Eric joked.
“Very funny.” She swatted his arm in a playful gesture.
“I’m only fooling with you.”
“Yeah, sure.” She laughed.
“Here we are.” Eric led the way to his car. He
opened the door on the passenger side. Angela got in and took note of his attentive approach. A warm feeling of comfort filled her spirit.
Available here:
http://amzn.to/1CVq9BA
Connect with Kathleen:
http://kathleensplacetoreflect.blogspot.com/…
http://www.amazon.com/Kathl.../e/B00J7NQF9Q/ref=sr_tc_2_0…
https://twitter.com/Kathleenwrites
https://www.facebook.com/AuthorKathleenAnnGallagher
https://plus.google.com/u/0/117606070036565136137/posts
https://www.facebook.com/beaucoupllc
***** BIO*******
Kathleen lives in New Jersey with her husband and their two dogs. She’s a registered nurse who works in an emergency room. Writing has been her passion since she was a young girl. Contemporary and paranormal romance are her favorites. She has three adult children and three lovable grandsons. Her favorite romantic getaway is Cape May, New Jersey. You might find Kathleen on a beach down the Jersey Shore, wearing a straw hat, sipping on an iced tea, dreaming up her next romance novel. 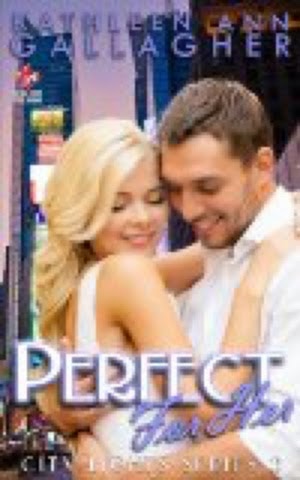 Posted by Cheekypee reads and reviews at 06:36