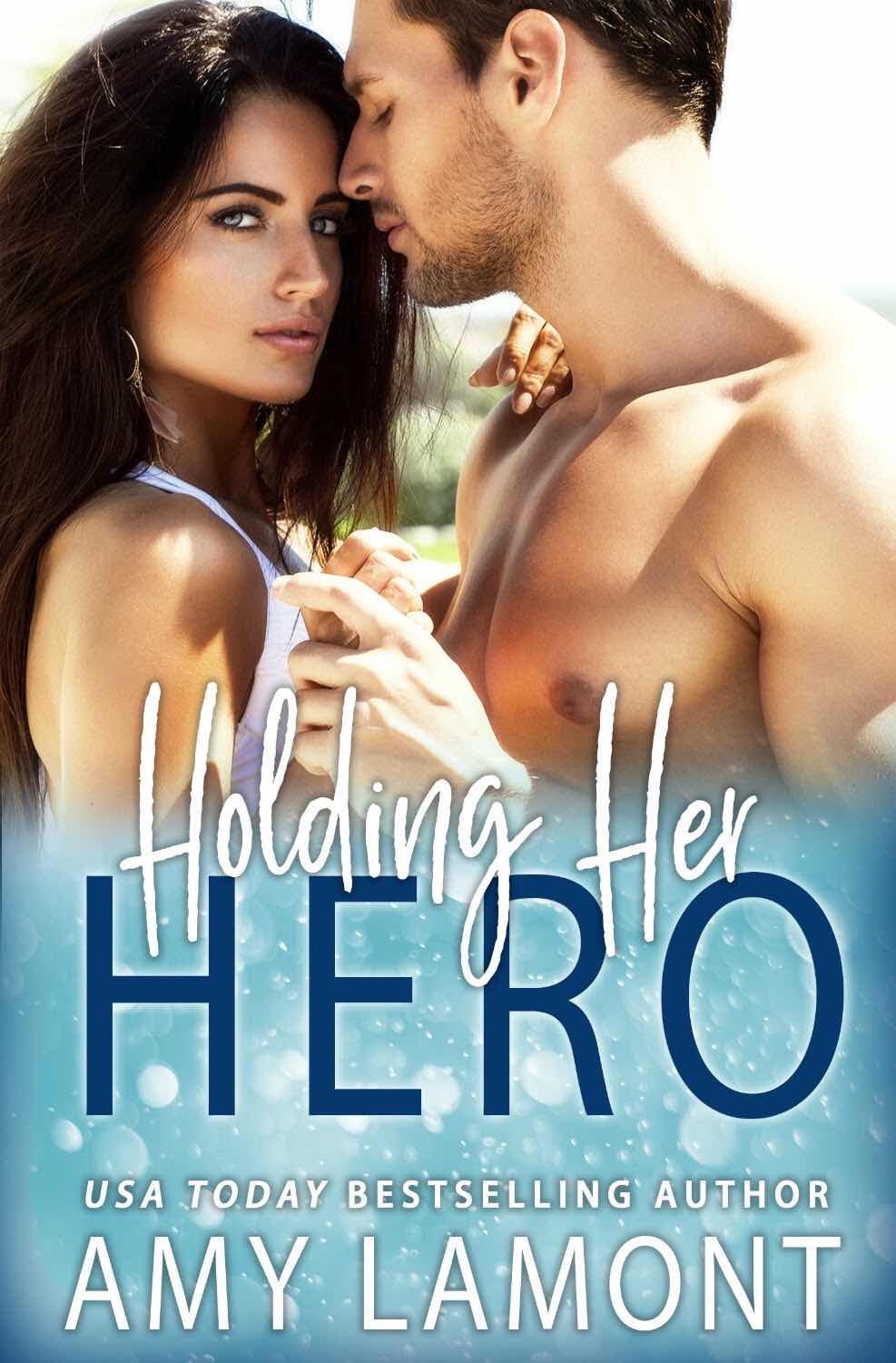 From USA Today Bestselling Author, Amy Lamont, comes a sexy new standalone novel about a hard-hearted Marine and the woman he vowed to hate before he ever set eyes on her.

Losing her fiancé in Army combat nearly killed her, but a cocky Marine could save her…
Pastry chef Mandy Palmer is living on autopilot after the death of her fiancé. Her grandmother’s plea for help offers the sense of purpose she desperately needs. Still, rejoining the living doesn’t mean she’s ready to give her heart to the hunky Marine working by her side to repair her grandmother’s house. She knows better than to risk loving a military man again.

According to helicopter pilot Mitch Taylor, military life and marriage don’t mix. He watched too many of his buddies’ relationships crash and burn to ever consider trying it himself. Of course, when Mandy starts getting under his skin in ways he can’t ignore, he starts questioning his standard operating procedure. Convincing her to give love a second chance is hard enough.

What would it take for her to love an active duty Marine?

Mitch dropped his arms from the doorway and took two steps forward. He placed a large hand on her upper arm. “Looks like everything is under control in the kitchen, too. You caught it in time to prevent any lasting damage.”
She was sure he meant to be reassuring. But the moment his hand made contact, warmth slid over her skin, moving out from the spot where they were connected to spots much further south.
This was not reassuring. This was not comforting. It was the opposite of comforting. Disconcerting. Disconcerting enough to make her pulse pick up its pace and her toes to curl inside her old sneakers.
Her gaze traveled from his face down to where his hand kept them connected. How could such a simple, friendly gesture throw her so off balance? She moved her attention back to his face.
Uh oh.
Gone was the soft, warm look he’d had since they finished working together. His eyes darkened to an almost stormy gray and focused on her face with the precision of a laser. Her lips parted slightly and the intensity of his expression made a fine tremor go through her.
As if he’d been waiting for just that subtle sign, Mitch shifted forward. His hand moved up from his supportive touch on her arm to cup her shoulder. The small shift brought their bodies into closer contact. They stood with only a few inches between them.
Mandy’s breath came faster. Six thousand and two objections formed and dissolved without ever making it to her lips. When she finally opened hermouth to give voice to one of the many reasons they shouldn’t be doing...well, whatever it was they were doing, Mitch closed the distance and crashed his lips down on hers.
This was no gentle, slow meeting of the lips. Mitch ravished her mouth from the get-go, slanting his lips over hers, tongue demanding entrance.
Mandy opened her mouth to him and met his tongue with her own, struck with the same savage need that seemed to be driving him. Her body melted into his as her arms slid around his waist. Mitch’s hands held her shoulders in a grip just shy of painful, clutching her body to his own hard length.
Heat pooled in Mandy’s belly. Nothing had ever felt as good as Mitch’s arms holding her or his mouth claiming her own. Her fingers dug into the material of the T-shirt stretched across his back, grasping it and holding on for dear life.
Mitch tore his lips from hers, but didn’t loosen his grip. He kissed his way across her cheek, moving toward her neck. His hands moved over hershoulders to slide down her back, pulling her harder against him. As his hands settled low on her hips, her hands traveled up around his shoulders, her fingertips brushing the softness of the close-cropped hair on the back of his neck.
She tilted her head back to give him better access to her throat. His lips found the sensitive juncture between neck and shoulder and a soft moan escaped her lips.
Mitch’s body went rigid at the sound, and with a groan, he dove back up to reclaim her lips. Mandy eagerly lifted onto her toes to meet him, reveling in the hard length of him pressed against her from shoulders to toes. A shiver ran through her as his tongue found hers again, rubbing sensuously.
So long. It’s been so long. That one barely coherent thought making its way through her drugged senses had the chilling effect of a bucket of ice water. Mandy tore her lips from Mitch’s and stepped back in a rush, almost tripping over a laundry basket in her attempt to put space between them. When he reached out to steady her, she scrambled backward until her back met the cold, slick surface of the washing machine. She reached up to touch herswollen lips.
She had no business feeling this way with any man. She was only supposed to feel this way with Will. She bit down hard on her lower lip, almost relishing the pain.
“Mandy, what...?”
The roughness of Mitch’s voice and his harsh breath made Mandy aware of her own uneven breathing. She gripped the edge of the washing machine, as she tried to get control of her own racing pulse and raging emotions.
“I’m sorry,” she finally said, not able to meet his eyes. “I didn’t mean for this to happen.”
She forced herself to meet his gaze, but when she lifted her eyes, she found he wasn’t looking at her. His hands were resting on his hips and his head dipped low between his shoulders as he stared at his feet. His posture reminded her of a runner trying to regain his breath after a challenging race.
It took a few minutes for him to gain control of himself and look at her. What she saw forced a gasp from her and caused a hollow emptiness to spread through her chest.
He’s back. The Mitch that had met her at her grandmother’s front door the day she arrived. The one with the hard eyes and the distant stare.
“You’re right. This shouldn’t have happened.” With that he turned and left the laundry room.

USA Today bestselling author Amy Lamont writes steamy contemporary and paranormal romance filled with quirky heroines, alpha heroes, and always a happily ever after. Whether she’s writing about world-weary billionaires or rugged bear shifters, she loves nothing more than delivering stories with just as much heart as heat.

Amy lives in a small town outside of New York City with her husband, twin daughters and their two rescue mutts. When she’s not writing or hiding somewhere with her nose stuck in a book, she loves spending time with herfamily, taking in shows in the city, and traveling every chance she gets.

There is a giveaway for a $25 Amazon gift card

Posted by Cheekypee reads and reviews at 12:14