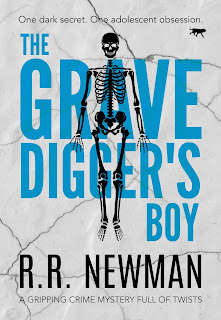 As a boy, Ben was a witness in the disappearance and suspected murder of a beautiful young woman, Esther Garrett, which led to an intense adolescent obsession.

Twenty years later, the conviction of her murder is overturned due to a police corruption scandal.  Ben’s obsession is reawakened when Esther’s sister asks for his help investigating the crime.

As Ben is drawn deeper into the case, he will be forced to face the truth about his own life and soon finds himself questioning everything he ever believed.

Was Esther really murdered?
And if so, could the killer be closer to home than anyone ever imagined?

One dark secret. One adolescent obsession.

This is the story of Ben who as a young boy was a witness to a disappearance and suspected murder of a young woman.

Ben as a young boy is obsessed with the disappearance. As he grows older and moves away he still can’t forget the young girl.

When the missing girls sister reaches out for Ben to help her he can’t resist.

This is a well written story that I thoroughly enjoyed. I’m hoping this author is busy writing more stories like this for us.

Ray Newman grew up in Devon and Somerset, and lives in Bristol, where he works as a writer and editor in trade publishing.
His first novel, The Grave Digger’s Boy, is a psychological crime novel set in the West Country.
Ray studied English at Cambridge, specialising in American literature and crime fiction, and worked in central government communications after graduating.
Under the name ‘Ray Bailey’ he has co-authored two multi-award-winning non-fiction books, on beer and pubs respectively.
He has also written articles on architecture, history and culture for Fortean Times, the Modernist and the Bristol Magazine, among other publications.
Posted by Cheekypee reads and reviews at 05:14