Tyler Westbrook, better known as Johnny Depth, is taking the adult film industry by storm. With his playboy looks, it’s no surprise a few coworkers have attempted to take things off set and into the bedroom, but Tyler refuses to blur the lines between work and play…until the new assistant to the director walks in.

Jemma Morgan was recently fired from a lead role on a kid’s TV show that was supposed to be her big break. Unable to get another acting gig, she's accepted a job in an industry she never expected to be a part of. Although she anticipates being shocked her first few days on set, nothing could prepare her for the moment she's asked to hold the reflector as her ex-boyfriend plows through a woman like a Kansas cornfield.

In a world of butt-plugs, lube, and fake moans, is there a place for a second chance? Exes and some serious ohs…the term ex-rated just took on a whole new meaning.

Stevie J. Cole is a secret rock star. Sex, drugs and, oh wait, no, just sex. She’s a whore for a British accent and has an unhealthy obsession with Russell Brand. She and LP plan to elope in Vegas and breed the world’s most epic child. 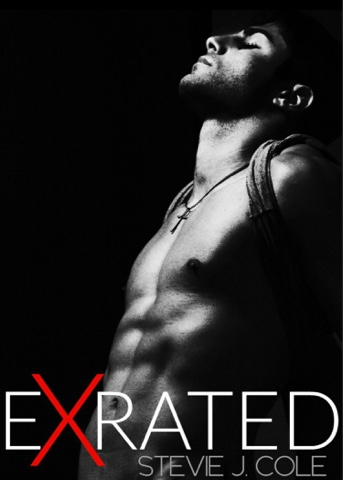 Posted by Cheekypee reads and reviews at 07:02