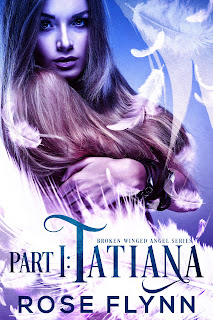 When nursing student Jane graduated a semester early and returned home for Christmas break she expected to spend the time visiting her depressed mother, who developed a nasty drug habit after the death of Jane’s father. Jane was instead greeted by her mother being held at gunpoint by her drug dealer “Big Daddy.” In a desperate attempt to save her mother’s life, Jane agrees to work off her mother’s debt as one of Big Daddy’s “entertainers.”
In an instant, Big Daddy has taken everything from Jane including her family, her name and her freedom. As Jane adjusts to her new life as Tatiana, the sex worker, she desperately attempts to hold on to her identity, dignity and any semblance of safety or normalcy. She struggles to navigate the dynamics of living and working with the other girls and how best to cope with servicing the club patrons. Will Jane survive and continue to recognize the woman she sees in the mirror each day?
Amazon ~ https://amzn.to/2NApv7J
Barnes and Noble ~ http://bit.ly/2NwlDVu
Smashwords ~ http://bit.ly/2NzuwgU

Excerpt 3: PG-13
Zach closed the door. It helped to muffle the sounds of the club so we could speak at a decent volume.
“Zach, I—”
He stepped towards me and wrapped both arms around me. He pulled me into his chest, “You scared me. You were bleeding, and crying and you just passed out,” he said.
“I’m sorry,” I said. I wrapped my arms around his torso as well. After a few more seconds he pulled back and held me by my waist. He leaned in and he kissed me. I pushed my mouth back into his a little more firmly. He pushed back. I felt his tongue graze my lower lip. I bit down on his lower lip before I let him slide his tongue into my mouth. He pulled my body closer to his. He felt warm. I slid my hands up his chest and over his shoulders. He stepped back with me towards the desk. I perched on its edge. He pushed himself between my legs. I felt his warm hands move from my bared stomach down onto my hips. He moved one hand onto my thigh and pushed it up under my skirt. He caressed my inner and outer thigh. All the while we remained kissing, now with both our tongues moving against each other. He was the first to break from our lip lock.
“You wanted my help?” he asked.
“Yeah with my hand,” I said.
I had to catch my breath. He lifted my hand and untied the knot. He unraveled it slowly and tossed the dishrag into the waste barrel when it was completely unwound. He pulled gauze and medical tape from the kit. He poured hydrogen peroxide onto one of the gauze pads. I pulled my hand back a little anticipating the sting. Zach reached out and took my hand and gingerly pressed the wet pad onto my wound.
“This kind of reminds me of your first night on the job,” he said.
“Oh yeah! You did bring out the first aid kit didn’t you?”
“Yeah. I totally wanted to take care of you too,” he said.
“What do you mean?” I asked.
He moved his hand over the spot on my leg where a small pink scar laid, “What guy in their right mind would want to miss a chance of playing doctor with you. Plus I thought you were really cute. I wanted to get into your good graces,” he said.
“Why? So I wouldn’t tell Big Daddy you were dealing drugs to us?”
“Well there is that, but I also enjoy being able to do this,” he said as he leaned into me and kissed me once more.

Part I Tatiana is the first novel in Rose Flynn's debut series Broken Winged Angel. Rose Flynn has had a passion for writing since she was 12 years old. She grew up in Yonkers, New York and attended college and graduate school in Pennsylvania. She currently lives in the suburbs outside of Philadelphia with her husband and two cats.
Posted by Cheekypee reads and reviews at 06:18