The Beast of Boston - new release 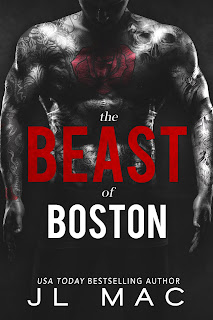 That’s what mom told my little sister and I once. She led us close enough to look but no further as she spoke of her favorite rosebush that she had affectionately named Beast.

That was a long time ago.

These days I know another Beast. A different kind of wild, untamed thing. He too is dangerous to get too close to. It’s unfortunate that I can’t afford to care, not when he’s the key to finding my sister.

They called him The Beast of Boston when he was a professional boxer. Now he rules over a bunch of criminals—the same criminals I hope will lead to my sister. I won’t stop until she’s found. I’ll get as close to Beast as it takes, gnarly thorns and all.

The problem is I’m so busy worrying for my own physical safety that I never considered how my heart would behave. Mom was right about one thing: I am ruined for all the roses for the rest of my life and it’s much too late to change it now.
***

I can’t believe this is my first read by this author. What was I thinking.. or not thinking I should say.

The Beast of Boston is Carrick a former boxer and now a mafia boss. Ena is looking for her missing sister. She realises she needs to get close to the beast to find her. However she gets more than she bargains for with him.

I really liked both characters. I absolutely loved this story. I started it in an afternoon and had to finish it when I got into bed.

I’m definitely gonna be looking to read more from this author in the future.

Hosted by Enticing Journey Book Promotions
Posted by Cheekypee reads and reviews at 00:15