`*•.¸(`*•.¸(`*•.¸★¸.•*´)¸.•*´)¸.•*´
★★ NEW RELEASE! ★★
¸.•*´(¸.•*´(¸.•*´★`*•.¸)`*•.¸)`*•.¸
Deadly Omissions by Lauren Reign is #LIVE #OneClick this #RomanticSuspense today
Amazon US: http://amzn.to/2fSLC8F
Amazon CA: http://amzn.to/2h2cs3q
Amazon UK: http://amzn.to/2gPLBo2
Amazon AU: http://amzn.to/2guv3DT
Barnes & Noble: https://goo.gl/9CRGMH
Kobo: http://bit.ly/2gO0da2
iTunes: http://apple.co/2gO8F9j
Check out the #Excerpt
It has seriously not been my night.
Tapped That, the kickass bar I’ve worked at since graduating from the University of Tampa that happens to be owned by my friend Kalliope, was completely slammed tonight. I had the pleasure of serving a bunch of frat douchebags for hours who wanted mojitos, a wimp drink that is a total bitch to make, and a group of older cougars who wanted frozen run runners, another pain-in-my-ass cocktail.
I am a fantastic bartender, but my blender skills aren’t up to par, hence why I’m currently very sticky and in desperate need of a good scrub down. I was looking forward to a warm shower until my 1990 Civic decided to spit at me a few times, squeal, then not turn over.
“Trouble?”
Goosebumps pebble down my arms at his voice. I don’t have to lift my head to know who’s invaded my pity party. It’s the same voice that haunts my daydreams.
“No, I’m just perfect,” I respond into my dashboard, my tone drips with sarcasm.
“Get out of the car, Harper.”
“Go away, Colton.”
A chilly breeze travels across my body as my car door is flung open, but I still don’t move. I don’t have the energy, nor do I want to deal with him tonight. I can feel his presence beside me, a static tingling that invades my being anytime he is near.
I used to love the sensation. Now I loathe it.
This gorgeous man used to be linked to my heart, until he got shot on assignment eight months ago and decided that faking his death and devastating many who loved him for four months to hunt down a serial killer that was obsessed with our friend Kalli was a good idea.
Sounds crazy, right? Yeah, he turned me inside out with his unthinkable deception.
Colton’s estranged twin brother, Jaxxon, who I had never met and who was also an FBI agent, was assigned by the Bureau to keep Kalli alive after she was kidnapped and almost killed by Dominic Hall the same night that he shot Colton. Dominic had evaded their capture that fateful night, which is why Colton went undercover. I later learned that Dominic was fixated on Kalli because she scarily resembled his wife, who had been killed years prior in a drunk-driving accident.
Jaxxon kept Kalli, who also thought Colton was dead, safe for months, and they eventually fought their way to each other. They fell in love and are now having a baby together.
I, on the other hand, got destroyed and was left with a big F-you.
=Goodreads=
http://www.goodreads.com/book/show/32736403-deadly-omissions
Enter the #Giveaway
http://www.rafflecopter.com/rafl/display/81aa78941109
=Blurb=
Harper Sloan is a warrior. She’s survived the childhood from hell and clawed her way out on her own. But no amount of life experience could have prepared her for the heartache Colton would bring. He was the best man she’d ever dated, until he shattered that flawless image with his unthinkable deception. Colton is a liar, but so is Harper. And now her own secrets may have deadly consequences.
FBI agent Colton Brady made a choice. He faked his death, going undercover to save his best friend's life from a serial killer, but it cost him the woman he loves. When he learns Harper is involved with a dangerous loan shark, he forces his way back into her life. Harper may hate him, but there is no line Colton won't cross to protect her.
#StayConnected
►Website: http://www.laurenreign.com
►Facebook: https://www.facebook.com/Laurenreignromance/
►Twitter: https://twitter.com/Lauren_Reign
►Goodreads: https://www.goodreads.com/author/show/15008151.Lauren_Reign
►AMazon: https://www.amazon.com/Lauren-Reign/e/B012WWESUQ
=In the Series=
Web of Deceit (The Deceptive Lovers Series #1)
Amazon US: http://amzn.to/2fSNwGn
Amazon CA: http://amzn.to/2g07P8c
Amazon UK: http://amzn.to/2ggyTh9
Amazon AU: http://amzn.to/2gPPPfy
Barnes & Noble: http://bit.ly/2gO9M90
Kobo: http://bit.ly/2gPPiu4
iTunes:  http://apple.co/2h2eQXZ
Goodreads: http://www.goodreads.com/book/show/29208625-web-of-deceit
This #ReleaseBlitz is hosted by Enticing Journey Book Promotions 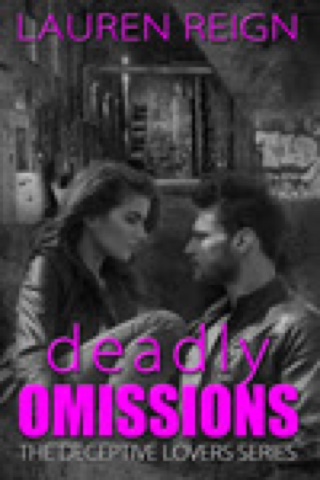 Posted by Cheekypee reads and reviews at 11:29