She doesn’t date players…He’s the biggest player of all. 🏉🍀TRYING SOPHIE🍀🏉, A Dublin Rugby Romance! by Author Rebecca Norinne is #LIVE! Grab your copy now!

Enter for a chance to win Rebecca's Favorite eBooks of 2016!

Sophie loves her life: she's travelled the world and lived by her own rules. But when she finds out about her grandfather's heart attack, she drops everything and boards a plane to Ireland. Two weeks, that's the plan. Until one look at her childhood nemesis has her rethinking everything. She's sworn off athletes, but she might just give him a try...

He's the biggest player of all.

Sex and rugby. Those were the only two things Declan cared about, right up until his first love waltzed back into his life. Even as he slept his way through Dublin, he never stopped thinking about her. Never stopped wondering if she thought about him, too. So even though he's never gone after a woman the way he chases down opponents on the field, this time, he won't let her get away.

On the field, he's invincible, but she just might break him.

Rebecca read her first book when she was four years old and has been hooked on the written word ever since. While working in technology PR in Silicon Valley, she began writing her debut novel and eventually published it six years later. At the end of 2014, she left behind her career in corporate communications to become a full time author. When she's not writing, you can find Rebecca exploring her new city of Dublin, Ireland, watching Leinster Rugby matches, or traveling the globe searching for inspiration for her next book. 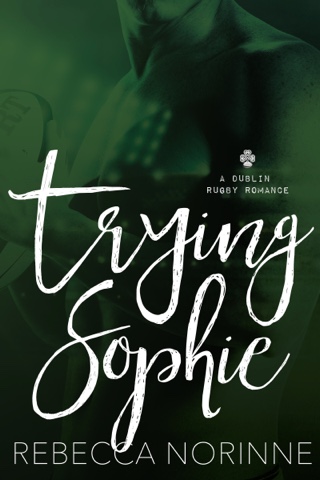 Posted by Cheekypee reads and reviews at 11:35