🌟  🌟  🌟 Release Blast 🌟  🌟  🌟
#newrelease #Amazon #romance #series #spinoff #The Remingtons #LoveInBloom #KindleWorld #bestselling #ebook #TBR #hotread
THE REMINGTONS join the LOVE IN BLOOM series by New York Times & USA Today bestselling and award-winning author Melissa Foster. This 6-book steamy contemporary romance series features alpha male heroes and sexy, empowered women. They're flawed, funny, passionate, and very relatable to readers who enjoy new adult romance, contemporary romance, and women's fiction.
5 incredible authors have written spinoff books based on characters from different books in the LOVE IN BLOOM series. These books are all featured through the Kindle World.
Welcome to part 1!
Hosted: (http://magicofbookspromo.blogspot.com) @MoBPromos
CATCHING UP WITH LOVE  BY AMY MANEMANN
➜➜ http://smarturl.it/RKW-AM
When event coordinator, Liza Daley, finds herself dumped right before Christmas, she begins to question her life choices. A trip to a bed and breakfast outside of town might be the trick to clear her head, except her solitude is interrupted by the one man who has consumed her every waking thought for the past year.
Baseball catcher, Nolan Collins, has wanted Liza Daley from the moment they met. Out of respect, he’s kept his distance, but it’s nearly killed him to see her settling for a man who isn’t good enough for her. Liza deserves to be loved and cherished, and the longer he waits, the more he realizes he wants to be the man who gives her that.
While the snow continues to fall and temperatures drop, things heat up inside the B&B as Nolan shows Liza there are more things to life than what she’s let herself settle on, like finally getting the chance to catch up with love.
JINGLE BELL LOVE  BY P.C. ZICK
➜➜ http://smarturl.it/RKW-PC
Denny and Jill find themselves lustfully drawn to one another. When friends disapprove, they hatch a pact to be friends with benefits. When those benefits explode into something more than primal urges, one of them breaks the pact, and the whole affair and friendship ends up unraveling as the holidays approach. This steamy romance jingles all the bells for the Christmas season.
Content Warning: Steamy with some explicit scenes
A TWIST OF LOVE BY CALINDA B
➜➜ http://smarturl.it/RKW-CB
Forced into rehab by lead singer Dante Vegas, the Marked Love drummer Gia “Styx” Swain wants nothing to do with sobriety—or the gorgeous, kind man she’s been assigned to be with twenty-four hours a day. Her hand forced, unable to deal with her situation, she escapes his care, heedless of the consequences.
Marco Monroe, a former ex-Marine, loves helping people get free of their addictions. He’s good at it. Plus, it helps keep his mind off the tragic accident that stole his fiancée away. Being a sober companion to the drummer of one of his favorite bands proves challenging…as well as difficult to stay mindful of his boundaries.
With everything on the line, can they possibly yield to the potent attraction between them? Or, would giving into one another destroy everything they’ve sought to create?
Cameo appearances from Dex Remington, Ellie Parker, Mitch Anziano and Regina Smith, from Game of Love. 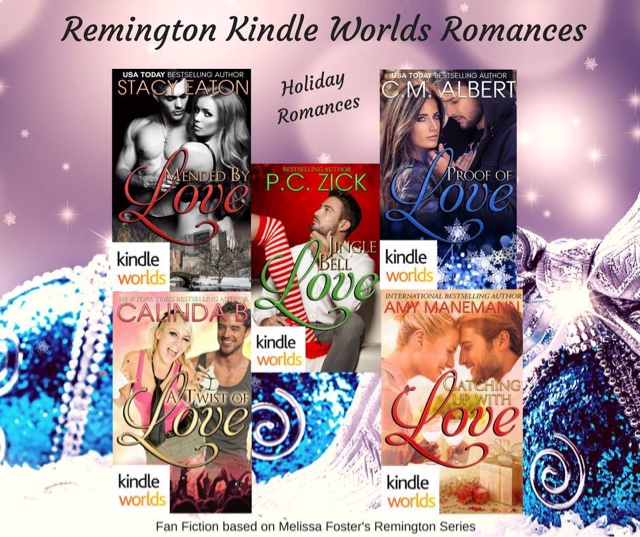 Posted by Cheekypee reads and reviews at 11:26