Paxton Mayfield and his brother, Cade, have a bad habit of falling for the same woman. In the past, their antics gave new meaning to the term sibling rivalry.

But now that Cade has tied the knot, can Pax finally find a woman who loves him?

Jessica Beacham has only loved one man—Paxton Mayfield. She would have gladly given up her college scholarship to stay in Creekview if he would have just given her a sign, but instead of telling her to stay, he ended the relationship.

Distraught and lonely, she was comforted by his brother.

Seven years have passed since that fateful day. When Paxton receives an unexpected phone call, he soon finds himself face-to-face with the one woman he swore he’d never speak to again.

He abandoned her. She ripped his heart out. Can they overcome their feelings of betrayal and restore their trust in each other?

BETRAYED is the fourth book in the WHISKEY NIGHTS series. Since each book focuses on a different couple, they can be read as stand-alones, but many readers may prefer to read them in order for maximum enjoyment. 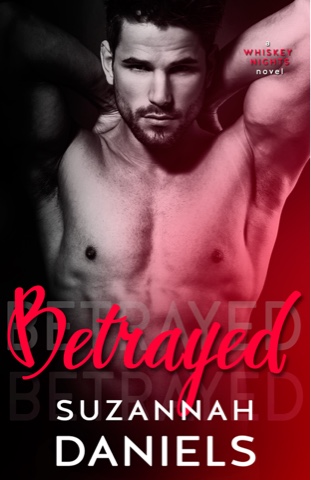 Posted by Cheekypee reads and reviews at 13:33