#NewRelease Mayan Blood (The Stone Legacy Series Books 1) by Theresa DaLayne is #LIVE!  #OneClick your copy of this new #YAParanormalRomance today!  #LimitlessPublishing #FreeWithKU #MayanBlood #AmazonGiftCardGiveaway
#BuyNow  Free with #KindleUnlimited
Amazon: http://goo.gl/6f0OAV
Amazon CA: http://goo.gl/VUSYNb
Amazon UK: http://goo.gl/9GExgZ
Amazon AU: http://goo.gl/7AS1aa
Want to read #ChapterOne ?
http://goo.gl/CRzTlX
#Giveaway
http://www.rafflecopter.com/rafl/display/81aa7894772/
#GoodreadsTBR
https://www.goodreads.com/book/show/27777361-mayan-blood
#Blurb
Their empires have fallen, but their mythology lives on…
Zanya Coreandero is a seventeen-year-old orphan with only a single friend and no hope for a normal life. Diagnosed with anxiety and night terrors, no one believes her cuts and bruises are a result of an evil entity, and not a brutal case of self-harm.
With the only home she’s ever known being the isolated institution—where breakfast is a handful of medications, the psychiatry sessions are mandatory, and her every move is watched—the only relief is her red-haired roommate named Tara, who’s more like a little sister than her best friend.
Free will is strong, but destiny is stronger.
When Zanya is kidnapped, she meets a group of gifted Mayan descendants, each with a unique ability. Gone from a nameless castaway to the only hope of mankind, Zanya is forced to make a grueling decision: bond with an enchanted stone and save humanity from rising underworld forces, or watch helplessly as Earth falls victim to a familiar dark deity from her dreams. This time, he’s playing for keeps.
A wicked secret hides behind a handsome face…
When Arwan, a dark-eyed timebender, takes interest in Zanya's mission, it's unclear if his intention is to help, or if he's on a hell-bent mission for revenge. Wary of falling for another guy with major secrets and a tainted past, Zanya fights to keep her distance. If only her heart gave her a choice.
#MeetTheAuthor
A long-time enthusiast of things that go bump in the night, Theresa began her writing career as a journalism intern—possibly the least creative writing field out there. After her first semester at a local newspaper, she washed her hands of press releases and feature articles to delve into the whimsical world of fiction.
Since then, Theresa has been married, had three terrific kids, moved to central Ohio, and has been repeatedly guilt-tripped into adopting a menagerie of animals that are now members of the family. But don’t be fooled by her domesticated appearance. Her greatest love is travel. Having traveled to over a dozen countries—not to mention an extended seven-year stay in Kodiak, Alaska—she is anything but settled down. Wherever life brings her, Theresa will continue to weave tales of adventure and love with the hope her stories will bring joy and inspiration to her readers.
#FollowTheAuthor
Facebook: www.facebook.com/theresadalayne
Website:  www.theresadalayne.com
Twitter: https://twitter.com/TheresaDaLayne
Pinterest: https://www.pinterest.com/tdalayne/
Instagram: https://instagram.com/theresadalayne/
Goodreads: https://goo.gl/bC9o09
Amazon: http://www.amazon.com/Theresa-DaLayne/e/B00J7E8C96/
Newsletter: http://goo.gl/KcvMaE
#ComingSoon #InTheSeries
Interlude (Stone Legacy Series Book 2)
Release Date:  Januaray 12, 2016
Goodreads: https://www.goodreads.com/book/show/27792012-interlude
Lights of Aurora (Stone Legacy Series Book 3)
Release Date:  January 26, 2016
Goodreads: https://www.goodreads.com/book/show/27801520-lights-of-aurora
Cover Designer: Deranged Doctor Design http://www.derangeddoctordesign.com/
HOSTED BY #EnticingJourney 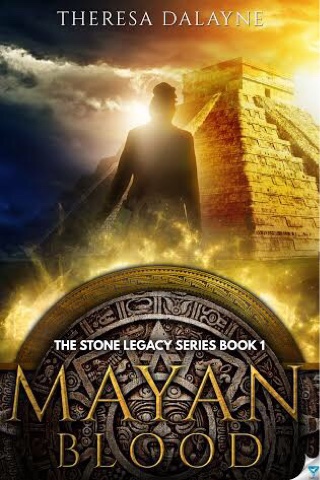 Posted by Cheekypee reads and reviews at 04:10