NEW RELEASE
Genre: Contemporary Romance
Cover Designer: Alpha Queens Book Obsession
Photography:Ian Sane Images www.iansaneimages.com
Release Date: December 20, 2015
Blurb
Richard Stone devoted his life to work and family. When his parents died tragically, the life he'd known came crashing down, causing him to spiral out of control. That is until the postcard came.
Nicole House was graduating college when the unthinkable happened. Brutally attacked, he life was forever changed. Leaving her family, dream job and the only life she knew behind, she moved, hoping she could escape her attacker and she shame that fateful night left her with.
Two people who Never Expected Love are brought together
But will the demons secrets and fears of their past stop them from their future?
Buy Link
http://amzn.to/22gHjrT
Meet SM
Shelly (SM) married her husband 28 years ago. It was important to her to be able to stay at home to raise their four daughters.
She wasn't an avid reader, but picked up a book a few years back and it made her re-think about writing, more as a healing process than anything else.
Always wanting to write a story about her life, well at least part of it. She knew it would make a great story...or soap opera, but kids and sports and work and and and. She just never made the time to write. As she got older and her girls grew and left home, she started to rethink the idea of writing again.
Deciding not to put it off any longer, in 2014 she emailed a few of her favorite authors that gave her some very good advice. A year and a half ago she started. It was a labor of love; this was part of her, part of what she lived through as a child and older, it was a story that was all too common of one.
Through lots of tears, she wrote her first book that had a large part of her life in the story, that book was Stolen Innocence. Now she finds that she has to write, this is her outlet her sanctuary, and in every book, she writes there is always part of her life written into it.
When not writing, she is with her photographer husband or with her children and grandkids. She loves the outdoors and being one with nature.
Stalk SM
https://www.facebook.com/Author.S.M.Stryker/?fref=ts
" Facebook
https://www.facebook.com/Author.S.M.Stryker/?fref=ts
Website
http://smstryker.com/
Goodreads
Amazon 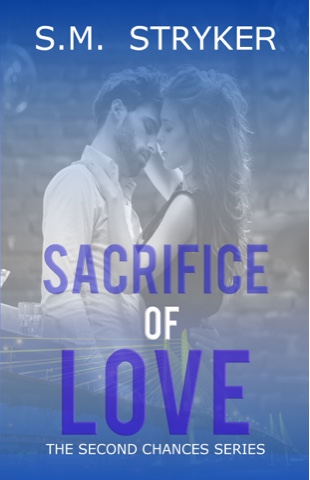 Posted by Cheekypee reads and reviews at 11:39