¸.•´¸.•*´¨) ¸.•*¨)
(¸.•´ (¸.•` RELEASE/PROMO TOUR
#erotic #paranormal #romance #ebook #readers @savannahhill1
Title: UNCHAINED LOVE
Author: Savannah Hill
Genre: paranormal erotic romance
Release Date: November 27, 2015
Hosted: (http://magicofbookspromo.blogspot.com) @MoBPromos
Add the book to Goodreads ➜ https://goo.gl/CSzpfB
AMAZON US http://amzn.to/1YgxHc1
AMAZON CA https://goo.gl/wHzHjq
#Synopsis:
There is a hunger that blood alone cannot satisfy…
Growing up in a world of privilege, Royal Gabriel never questioned the source of her father’s great wealth or his cruel enslavement of the human-like beings known as “bloodlings.” Now grown to exquisite womanhood, she can no longer ignore Charles Gabriel’s wickedness, especially after encountering his latest captive—the alpha bloodling pack leader he calls “X”—chained in the basement of the family estate. Royal is captivated by the sensuous power of this creature who is expected to battle to the death against others of his race in her father’s underground fighting arena. But only after she sets him free—after surrendering to his poisonous bite and raw passion—does she learn the alpha’s true history, and her bloodthirsty lover’s real name: Maddox.
With bloodling venom coursing through her veins, Royal feels herself growing, changing, awakening as never before beneath the alpha’s tender touch. Now only Maddox can save her. But the inescapable demands of a breathtaking, forbidden love and the fire Maddox has ignited within her are leading Royal down a dangerous path, branding her a traitor and hunted enemy of her own vengeful bloodline. 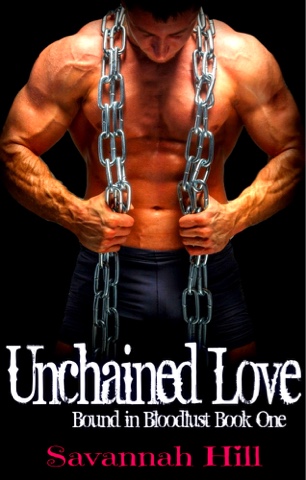 Posted by Cheekypee reads and reviews at 11:41