A love affair that even time couldn't destroy.

When Abby and Dominic move into the beautiful Dower Cottage it seems like a dream come true. But beneath its chocolate box exterior, the cottage holds a terrible secret, and unknown to her; Abby holds the key to rewriting a terrible wrong from the past. Soon she becomes obsessed by the dark stranger whose spirit is trapped in the attic, a man who teaches her more about herself and new pathways to ecstasy than she had ever imagined possible, until she is lost in his world of dark pleasures and his overpowering need for her. As their love grows, Dominic fights desperately to keep his wife, and Abby is caught between her husband and her charismatic, jealous lover from the past. But their mutual obsession will take her to the edge of insanity as she discovers what her stranger needs from her to ensure they are the ones to be together forever.

He'd lost track of time since the last couple had left. It was hard to tell when time to him was counted in centuries. So many years, and so many disappointments, but still he waited.  One day she would return, he was sure of it.  One day she would find him again, and then he would be able to put things right.  Only then would he finally be free. He also needed her to know that she'd been the only woman he'd truly loved, and what had happened had left him a broken man. Afterwards there had been no joy in anything in life, nor any peace in death.

His line of thought was interrupted by the sound of a heavy lorry on the road outside the cottage. He moved swiftly to the small window that looked out over the front garden and saw a removal van turn slowly into the drive.  His brown eyes, so dark they looked almost black, watched keenly as he waited for the occupants of the following car to get out.

The driver got out first, a very tall, broad shouldered man, in his late twenties he thought, with a mop of blond hair, dressed in the scruffy clothes so favoured by younger men now. But the man was of no interest to him. It was the woman he wanted to see. As the passenger door opened he realised that he was holding his breath, hoping, praying that at last, this time, it would be her.

She was holding one hand up to shield her eyes from the bright summer sunlight, and her long chestnut hair fell to her waist in the tight curls he remembered so well.  His fingers moved as he remembered the way her hair had felt when he'd run his fingers through it, and how she'd watched him, half-warily and half expectantly as she'd waited silent and obedient for him to take charge.

Next to the blond man she looked tiny, as small as he'd remembered her, and she was still as slender as a reed, with a tiny waist. She was wearing a pretty floral dress that reached to her ankles, and he realised it was the first time he'd seen her wearing anything other than black and white.  It was a shock, but apart from that nothing had changed, and through the ill-fitting window he heard the sound of her laughter, that well remembered sound of delight and excitement that he'd so often coaxed from her, and he knew that finally the wait was over.

Abigail had returned to him.

Marina Anderson is the pseudonym of British author Margaret Bingley, whose novels have been published all over the world. Margaret uses this pseudonym for her series of erotica novels. She also publishes erotica for women under the pseudonym Fredrica Alleyn. 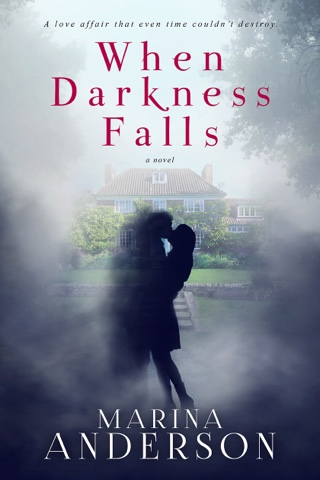 Posted by Cheekypee reads and reviews at 09:46