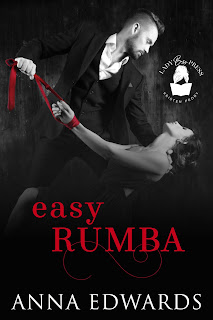 ❤️Blurb❤️
Elise Landry is friends with Gabrielle Boudreaux, they bonded over their single parent status. She’s a divorced actress forced out of Hollywood when she split from her more famous husband. But when she’s given the chance to resurrect her career on a famous dance show, she does so on one proviso, she’s partnered with the man who she grew up with and hasn’t seen in fourteen years.

Leo Westwood is the professional dancer who’s known for his hips and the way he shakes them. He’s confident with women, but none of them hold a candle to the girl he’s dreamed of every day since he first met her all those years ago. When he’s partnered with her on a dance show, he can’t quite believe it. Could this be his second chance at happiness or is Elise too broken?

When secrets from both their pasts threaten to tear them apart, Elise and Leo look certain to lose their chance of a happily ever after, or does family legend hold the key to the painful truth neither of them will want to face?

This is exactly what I needed to read. Easy Rumba is an excellent read.

The story started off well.... and finished off even better. It was an easy going read with some great characters and some sexy dancing. Throw in a nasty ex husband and we get some angst as well. I was so rooting for the two main characters to get a happy ever after but with that nasty ex I didn’t know what to expect.

I felt I was glued from start to finish. I pretty much read this in one sitting as it was so so good.

Hosted by Enticing Journey Book Promotions
Posted by Cheekypee reads and reviews at 03:43