The Patience of a Dead Man - blog tour 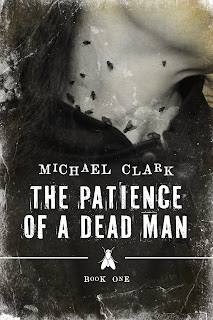 Book Blurb:
He just spent everything on a house in disrepair, but he didn’t know someone was waiting inside.

Tim Russell just put his last dollar on a handyman’s dream; a quaint but dilapidated farmhouse in New Hampshire. Newly single after a messy divorce, his plan is to live in the house as he restores it for resale. To his horror, as soon as the papers are signed and his work starts, ghosts begin to appear. A bone-white little boy. A woman covered in flies. Tim can’t afford to leave and lose it all, so he turns to his real estate agent Holly Burns to help him decide whether he has any shot at solving his haunted problem. Can they solve the mystery before he loses his investment…or maybe his life?

This is a fantastic read.

Tim Russell has just gone through a divorce. He’s bought a run down farmhouse that he intends to restore. He doesn’t realise until the paperwork is signed that the farmhouse is haunted. This was a creepy disturbing kinda read and I couldn’t read it fast enough.

To say I loved it is an understatement.. it’s a brilliant read and I need to read book two ASAP.

I’m so glad I stepped out of my comfort zone to read this. It was so so good.

About Michael Clark:
Michael Clark was raised in New Hampshire and lived in the house The Patience of a Dead Man is based on. The bats of the barn really circled the rafters all day and there actually was a man-made grove hidden in the forest. He now lives in Massachusetts with his wife Josi and his dog Bubba.

The Patience of a Dead Man is his first novel. Dead Woman Scorned is his second. More to come.

Publishing Information:
Published in paperback, audio and digital formats by Michael Clark Books on 22nd April 2019
Posted by Cheekypee reads and reviews at 04:22