Reed Prescott’s life is complicated enough before a silly little girl in outrageous high heels bites it in front of his moving vehicle. With no other choice, he forces her out of the pouring rain and inside his car. His concern isn’t necessarily with her safety, but to ward off any potential lawsuit.

Lara Hunter’s life is headed in the right direction. With a good education, a great new job, and her dear best friend, Kade, by her side, nothing can get in her way until a freak rain storm leaves her sprawled across the road in the middle of a busy intersection during rush hour traffic. When the gorgeous man in the business suit and too expensive car takes her back to his office, she’s not entirely sure she appreciates his high-handed helpfulness.

When Reed's assistant finishes with Lara, he finds his entire world rocked by the captivating beauty underneath that soggy exterior. From day one, Reed's success in business has always been fueled by a deep, unbreakable hate for his grandfather. So when the potential for love stands in front of him, can this hardened man find a way to chase his own happiness?

What Others Are Saying:

“Rylie Roberts's storytelling voice is great to read. I was given this book. I very much enjoy this story. I look forward to more stories from Rylie Roberts. I am so glad I got to read this book, I think you will be too. Give a new author a try; it will be well worth your time.” ~ Goodread Reviewer

“This was a solid start from a debut writer. It touched on some deeper, darker topics than I expected, and it captivated me enough that I am looking forward to more in this series.” ~ BJs Book Blog

“Captivating...Addicting...Masterful debut novel by Rylie Roberts.  Rylie brings her characters to life and made me fall in love with Reed and Lara on every page.  Sexy...Lustful....Passionate between the steamy scenes and meaningful topics Chasing Happy makes for an all around amazing read.” ~ Swoon Worthy Books

“What? Do you want me to say you’re my first to get you back in there? Not even you can be that naïve.” She figured those hurtful words had the impact he’d intended. She reached for the only thing she saw, pushed and a small door opened with a single button inside. She reached in hoping that called the elevator, but he knocked her hand away.

“I need the elevator; I’m going home.” She almost yelled those words.

“Fuck, Lara, what the fuck’s your problem? It’s sex. Adults have it all the time. You want me. I want you.” He yelled those words right in her face. When she tried to press the button again, he reached out and knocked her hand away a second time. She went for the phone on one of the desks, but he was right behind her, slamming the phone down. “You’re a fucking cock tease. You’ve been giving me the signals all fucking week.”

She schooled her facial features at his words. They were getting more derogatory with each comment he made. He was mad, but no longer pushing her to perform. Instead, he walked away, muttering, “I could have brought anyone up here tonight. You fucking wore that fucking dress, flashing me those fucking tits all goddamn night, and now you get a conscience?”

Lara wanted out. She went for the call button and the elevator doors opened. She rushed on, fighting the tears his stinging words caused. “Goddammit! You’re fucking pissing me off.”

He darted across the foyer, sticking a hand between the closing elevator doors. He entered, quickly working a hidden keypad on the inside. He left the elevator and the doors didn’t shut. Even when she reached out to push the close button, they remained open. He came back into view, and she moved to the far side of the elevator, wiping a stray tear away before it fell. He stepped back inside, this time with his suit jacket on.

“What are you doing?”

“You aren’t walking home alone.” He punched another code into the keypad. The elevator doors shut and they began to descend.

“I don’t want you to walk me home,” she said defiantly.

“I don’t care.” He stood at the front of the elevator and she stood in the back. Neither said another word. He walked out first, keeping his distance. She ignored him as he exited through his private entrance. She went the other direction through the parking garage. He frustratingly met her on the street at the front of the building. At the street corner, she was so disgruntled by his presence she didn’t see the car until Reed took her arm, hoisting her back on the sidewalk as it passed by.

She’d have rather been hit by the car than to have him touching her again. She yanked her arm free with such force she stumbled several feet.

“You’re a hard-headed, stubborn little thing.” Once on the street, she walked the distance to her apartment with him by her side. Aggravated, she whipped around when he entered her building.

“Why are you following me? I’m not having sex with you at my apartment either,” she stated, trying for a cutting remark. Every eye in the foyer turned their way.

“Yeah, that offer’s off the table now, babe. You don’t play fair,” he said, following her inside a waiting elevator.

Please follow the newsletter by emailing rylie@rylieroberts.com or following us on social media. Stay tuned, there’s more on the way. 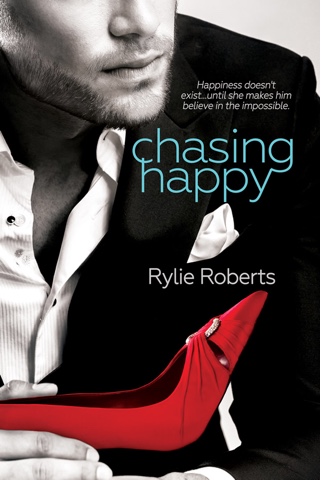 Posted by Cheekypee reads and reviews at 04:55