Heaven in the Dark - cover reveal

COVER REVEAL
HEAVEN IN THE DARK/Blurb:
Their meeting was chance.
Their love was fate.
Their future was…dangerous.
Orphaned at 14. Kidnapped at 20. American college student Allie Miller has known more than her share of heartache and terror. But when Italian industrialist David Swift inadvertently interrupts her captors, rescues her and whisks her off to his villa to recover, Allie’s future finally looks bright. She and David embark on a passionate love affair, but soon Allie must battle two new obstacles to her happily ever after: David’s past, including the mysterious American father he will not discuss; and one of her kidnappers, a sociopath with a vendetta against the couple and an affinity for abduction.
Now, the couple’s love…and their very lives…are on the line. Can Allie and David keep history from repeating itself? Can they stop a madman bent on revenge? Or will their pasts destroy any chance of a future?
HEAVEN IN THE DARK contains explicit sexual content and is intended for mature audiences. While it is the first of two books in a series, it is a stand-alone novel.
------------------------
Author Bio:
TINA WRIGHT spent more than two decades as one of Nashville’s top publicists, generating buzz and acclaim for hundreds of country music artists, from living legends to contemporary superstars. An avid writer all her life, Wright’s debut book was a sports tome, CARDINAL MEMORIES: RECOLLECTIONS FROM BASEBALL’S GREATEST FANS (University of Missouri Press, 2000). She now writes and edits full-time. When she’s not at her laptop, you can probably find her trying on the latest Helmut Lang designs, or reading, or drinking an iced latte, or reading, or watching those St. Louis Cardinals, or rea—well, you get the idea.
Goodreads:  https://www.goodreads.com/author/show/311654.Tina_Wright
Twitter:  https://twitter.com/TheBardot
Pinterest:  https://www.pinterest.com/TheBardot/
Website:  tinawrightwrites.com
-------------------
Short Excerpt:
Chapter One
Was it night or day? Allie wasn’t sure. The room where they were being held was windowless and small, scarcely large enough to accommodate the beat-up wooden table and four metal folding chairs centered under the harsh illumination of a single bare light bulb. She sat, rubbing her eyes and trying to lift the veil of grogginess that enveloped her, and looked across the table at the two other girls who shared her captivity. They were younger than she, perhaps 16 or 17. One was crying softly; the other petted her and spoke comforting words in Czech. So most likely they were also from Prague. But where were they now?
She could hear a group of men talking outside the room. Fragments of sentences seeped through its thin plywood walls, the familiar voices of her captors mingling with others in a multitude of accents, European, Russian.
“Proč? Proč?” one of the girls kept repeating. Why? Why? Allie was afraid that she knew the answer: human trafficking.
Prague was no more dangerous than many other cities—and no less. A young woman with no family, as she was, or one from a family with few resources, could disappear without a trace, a living commodity to be brokered for sex or forced labor, and no one would have means or motivation to pursue her. She shivered at the thought of what future lay on the other side of the wall…prostitution, servitude, imprisonment…or worse.  She’d attempted escape once, on this forced, multi-day journey, but her efforts were fruitless, gaining her only rougher handling and a sharp blow to the back of her head. Recalling this, Allie rubbed the bruised area instinctively. Now, it seemed that the end of the line was here.
The door swung to and a man grabbed one of the girls by the arm, yanking her from her seat and pulling her toward the opening. Her friend stood and snatched the other arm, forming a human tug-of-war until a backhand to the latter girl’s face sent her reeling into a chair. The first girl was taken away as the door slammed. Allie moved around the table to sit next to the remaining girl, putting an arm around her shoulder. It was meager comfort, Allie knew.
Some minutes passed before the man returned for the second girl. He reached for her and she clung to Allie, wailing and screaming epithets at him in Czech. He pried her hands from Allie’s waist and dragged her away, closing the door once more.
Being left alone accelerated Allie’s fear. Her limbs felt like sandbags, weighing her to the chair, and her heart hammered erratically. Bile rose in her throat and she resisted the urge to vomit. Her hands and feet were numb, her vision blurry. She felt simultaneously detached from her body, and physically overwhelmed with terror. It wouldn’t be long now until it was her turn. The door opened.
* * * 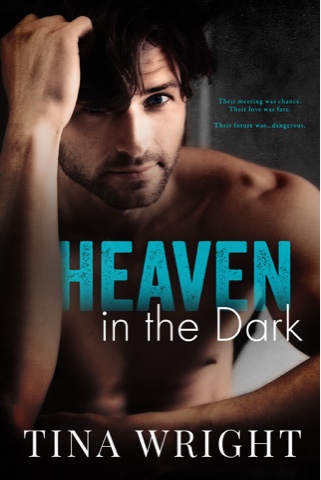 Posted by Cheekypee reads and reviews at 04:09