I Got Your Back, Hailey - promo

website: http://www.junekramin.com/
facebook fan page:http://www.facebook.com/JuneKramin
Amazon: http://www.amazon.com/I-Got-Your-Back-Hailey-ebook/dp/B00JH1P9A4/ref=sr_1_5?s=digital-text&ie=UTF8&qid=1396872879&sr=1-5&keywords=june+kramin
B&N: http://www.barnesandnoble.com/w/i-got-your-back-hailey-june-kramin/1119129324?ean=2940045812542
All romance: https://www.allromanceebooks.com/product-igotyourbackhailey-1885478-152.html
my info: http://www.junekramin.com/about-june
Blurb: When Hailey stumbles upon a backpack full of money on her nightly jog, she is forced to flee the security of her secret identity.
Although the sudden appearance of a man that had been flirting with her earlier seems odd, Hailey accepts Parker’s help in getting the heavy bag home. Within moments of arriving, they escape under gunfire. The men it was intended for want it back, and Hailey has now made herself a target.
Safe in a motel room, the two of them discover the truth: although their meeting was an accident, Parker had been involved in the bag’s drop and she had been his assignment all along. Now, getting Hailey away safely is Parker’s new mission. Together they struggle to put together the pieces of Hailey’s past and discover that they have more in common than they thought.
Being on the run, keeping Hailey’s family safe, and searching for clues to put away the man that wants her dead are hard enough. Falling in love in the middle of it all was the last thing either one of them expected.
~*~*~*~*
Excerpt: “Exactly what is the plan here?” I asked after another long sip of beer.

“I’m not exactly sure now. The money is definitely not going to do what it was supposed to, and you have no business being involved in all of this.”

“Pardon me, but that’s your fault.”

“Let’s not do this again, okay? Are you forgetting I chose you over the money?”

My eyes lowered. “No. I’m really not sure of the etiquette on how many times I’m supposed to thank you for that.”

“Let’s drop it. What’s done is done. I need to figure out what to do from here. How to get back on track and get you somewhere safe.”

I walked over to the small refrigerator for another beer. “Parker? Is there a chance I can make a phone call?”

“That depends. You going to try to signal for help?”

“No. I…I think I need to let my mom know I’m okay. She normally calls me on Saturdays for an update. I’m worried she’ll think something is wrong if I don’t call soon.”

“We’ll go get you your makeup or whatever you want, and I’ll get a new throwaway phone. You can call her from that. No giving away anything about our location.”

I was getting tired of all this cloak-and-dagger shit. It was wearing on my last nerve. “Who exactly is following you? What was the money for, Parker? Or Gavin. Whatever your name is! This is no longer funny! You think they’d tap my mother’s phone?” I rushed his chair and landed both hands hard on his chest. He grasped my wrists and held them tight as he stood.

“Whoa! Why would you think someone would want you back so bad as to post someone on your mother?”

“You going to be civil?”

Too nervous now to return to the chair, I stood and peered out of the crack in the curtain. “I need to know something and I need the truth.” I faced him, needing to look into his eyes. The eyes always give it away.

“Fire away.” He motioned that I should carry on with a wave of his hand.

“I think I tripped on this money by accident, but I need to know if I was set up.”

“You? Set up? Why do you think you were set up? How could I have possibly pulled that off?”

“Things just don’t add up. We flee under gunfire…you save me but don’t take the money…”

“Back up. What do you know that you think someone would pay a million bucks for?” 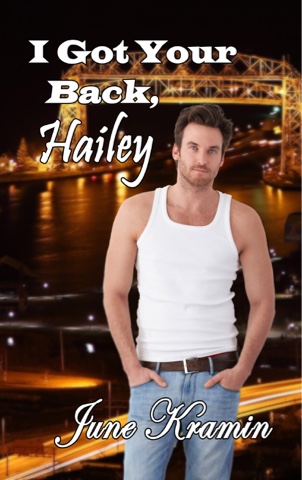 Posted by Cheekypee reads and reviews at 13:35