BLOG TOUR
Taking on Water
By David Rawding
Genre: Mystery, Thriller
When James Morrow, a social worker, first meets Kevin Flynn, he suspects the teen is being abused. To learn more about Kevin’s home life, he gets to know the boy’s father,
Tucker, who’s a lobsterman. James is able to put his suspicions to rest, and the two families begin to form a friendship.
When a kid at the local recreation center dies of an overdose, Detective Maya Morrow adds the case to the long list related to the drug problem plaguing the small New Hampshire coastal town of Newborough. But her investigation gets her much too close to the dangerous players.
Both the Morrows and the Flynns are holding dark secrets, and when their lives collide, tragedy is inevitable.
Buy link
http://www.amazon.com/Taking-Water-David-Rawding/dp/1940215552/ref=sr_1_1?ie=UTF8&qid=1443176072&sr=8-1&keywords=Taking+on+water
About the author
David Rawding has a BA in English from the University of New Hampshire and an MFA in fiction from Southern New Hampshire University. He has been nominated for the Pushcart Prize, and his short stories have been published in numerous literary journals and magazines.
David spent three years as a fly-fishing guide in Alaska, worked several years at a non-profit for at-risk youth, was an online adjunct professor, and has a litany of other jobs in his wake. When he’s not writing, he enjoys traveling the world with a backpack and a fly rod. 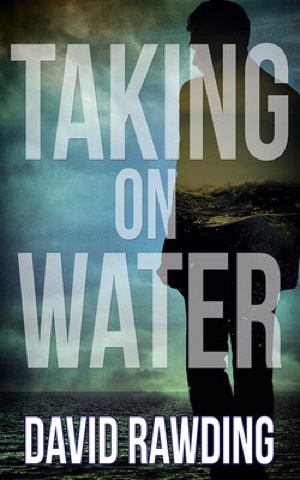 Posted by Cheekypee reads and reviews at 03:17