NEW RELEASE
New York Times, USA Today and Wall Street Journal Bestselling Author
SINS OF SEVIN
(A standalone)
Release date 9/21/2015
A Contemporary Romance novel
Penelope Ward
From New York Times bestselling author Penelope Ward, comes a
new forbidden STANDALONE romance!
NOW AVAILABLE!
Amazon US: http://amzn.to/1Qryeok
Amazon UK: http://amzn.to/1YrHjDx
iBooks: http://apple.co/1gmN9nq
Kobo:http://bit.ly/1Qd6oMs
B&N: http://bit.ly/1KakZ7G
Blurb
What happens when the one you want is the only one you can't have?
My name is Sevin.
Homeschooled and sheltered by my ultra-religious family, I was always taught that lust was a sin.
Elle was the girl who'd been carefully chosen for me.
After a long-distance courtship, I'd be moving into her family's guesthouse so that we could get to know each other in the months before the wedding.
Boundaries were set: no inappropriate touching, no kissing, no sex before marriage.
I'd accepted those rules and my fate.
Until I met the one I wanted to sin with.
That was when restraint became a problem...especially since THE ONE wasn't Elle.
It was her sister, Evangeline.
You know what they say about best laid plans.
My name is Sevin, and I have sinned.
Told in alternating points of view, Sins of Sevin is a full-length standalone novel.
Contains graphic sexual content and harsh language.
Only appropriate for adult readers
age 18+.
Sign up for Penelope’s mailing list now and be the first one notified of releases HERE: http://eepurl.com/MnXoH
Excerpt
SINS OF SEVIN EXCERPT
Copyright © 2015 by Penelope Ward
He quietly followed me into the dining room, carrying the flatware. The tension in the air was thick as he walked behind me around the oval table, setting down silverware after each plate I’d put down. It was like some weird game of musical chairs where awkward silence replaced the music. The hairs on my back stiffened. We weren’t saying anything, but it was as if I could feel the weight of a thousand words along with the heat of his body so close behind me.
When I noticed he’d just put a fork where the spoon was supposed to go, I switched it. “The forks go on this side, actually.” My hand was shaking. I couldn’t believe how little control I had over myself.
Noticing my nerves, he suddenly placed his hand over mine and whispered, “Stop.”
Chills ran through me. My heart started to beat faster. My nipples hardened. I hated my body for responding to him with equal amounts of fear and lust.
I turned to him, his hand still over my knuckles. It felt like I couldn’t breathe as he just looked at me.
My mother’s footsteps caused Sevin to move his hand off mine with lightning speed.
Mama entered, and we continued setting the table as if our stolen moment hadn’t happened.
Penelope Ward is a New York Times, USA Today and Wall Street Journal Bestselling author. She grew up in Boston with five older brothers and spent most of her twenties as a television news anchor, before switching to a more family-friendly career. She is the proud mother of a beautiful 10-year-old girl with autism and a 9-year-old boy. Penelope and her family reside in Rhode Island.
Stalk Her: Facebook | Website | Twitter | Instagram | Pinterest | Goodreads
Other books from Penelope Ward
Cocky Bastard
Amazon: http://amzn.to/1FEkGjO
B&N: iTunes: http://bit.ly/1F57x8r
Kobo: http://bit.ly/1KeDQhg
Stepbrother Dearest
Amazon  http://amzn.to/1mFNMeg
B&N: http://bit.ly/1taMFjG
ITunes: http://bit.ly/YER0mT
kobo: http://bit.ly/1fJaaBs
Gemini
Amazon: http://amzn.to/1vgk1SE
B&N: http://bit.ly/1KfmLHD
iTunes: http://apple.co/1QTaONj
kobo: http://bit.ly/1BGJ2wu
Jake Undone (Jake #1)
Amazon: http://amzn.to/1dJrHBC
B&N: http://bit.ly/1obAwJ6
iTunes: http://apple.co/1fJayQ8
kobo: http://bit.ly/1SPKl0M
My Skylar
Amazon: http://amzn.to/1obOG2F
B&N: http://bit.ly/SLO1qi
iTunes: http://bit.ly/SLNOTR
kobo: http://bit.ly/1kNrtAB
Jake Understood (Jake #2)
Amazon: http://amzn.to/1GFdves
B&N: http://bit.ly/1FwJC0z
iTunes: http://apple.co/1DQQwgC
kobo: http://bit.ly/1LQ7Fvk
GIVEAWAY
$100 Amazon Gift Card
<a class="rcptr" href="http://www.rafflecopter.com/rafl/display/09964f03737/" rel="nofollow" data-raflid="09964f03737" data-theme="classic" data-template="" id="rcwidget_nuqwodj5">a Rafflecopter giveaway</a>
<script src="//widget-prime.rafflecopter.com/launch.js"></script>
Share link: http://www.rafflecopter.com/rafl/display/09964f03737/ 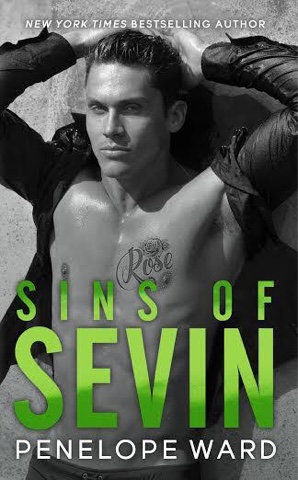 Posted by Cheekypee reads and reviews at 02:38