Jaesin Grean has one priority. He wants to keep his best friend, Dr. Luciana Doll, safe from her father and a bunch of zombies wandering around outside their door. Lucy is a genius and is close to developing a cure. When her ex-fiancé, Nathanial Tyger, shows up infected she is forced to move her timetable up, hoping to save him from a future as a zombie. They race against the clock to save Nat and fight off a possible attack from her father. Will they survive in a world already torn apart? Jaesin is given the herculean task of guiding them through it all. Will he live up to Lucy's expectations and can he keep her safe long enough to find a cure.

“Don’t do anything stupid, and I won’t have to harm you.”

Fuck, one of them managed to wake up. He’d deal with it. Sin turned around and peeked over at the man standing to his left. He held a compact handgun pointed at his head.

How to deal with the situation? The man held his weapon with experience. He probably had training, but Sin didn’t doubt his own skills. With the right approach, he could disarm him and regain control. Lull him into a sense of security and then hit him hard—distraction was his best defense. Get the guy talking and divert his attention.

The man’s stance remained steady. His gaze never left Sin. “Someone who needs your help.”

“I don’t believe you.” No one who came searching for him actually wanted his help. They were usually sent by Lucy’s father. The rat bastard thought he could force his daughter into compliance. He didn’t know her well if he truly believed she’d give in willingly to his demands. Sin made her a promise, and he intended to keep it. These two were not going to take her back to her evil father.

The man sighed and put his gun into the holster at his side. He held up his hands and pleaded, “I'm telling you the truth. I—or rather Nat, needs Lucy’s help.”

Sin’d been right. He came searching for Lucy. Could he trust he didn’t mean her harm? No, he couldn’t. Lucy’s safety came first. It was best to continue with his plan to stall for time and distract him until he could knock him out again.

“You know him. Captain Nathanial Tyger.”

Damn it. He meant the gnat. His former—and very annoying—commanding officer, the one man guaranteed to get on his nerves just by breathing. It also told him all he needed to know about the man with him. His training was legit and probably as good as his had been.

“Then we have nothing to discuss. No way in hell am I letting gnat anywhere near Lucy. I know he chose her father over her.”

Growing up she was the only girl out of six children. She is a single mother of two teenage boys; there is never a dull moment in her life. Reading books is her favorite hobby. There is nothing like a nice glass of wine and a good book to relax with at the end of the day.

There are always stories inside her head; she just never thought she could make them come to life. That creativity has finally found an outlet. Visit www.authordawnbrower.com for more information. 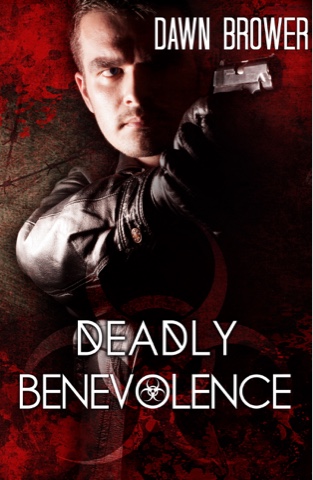 Posted by Cheekypee reads and reviews at 06:02